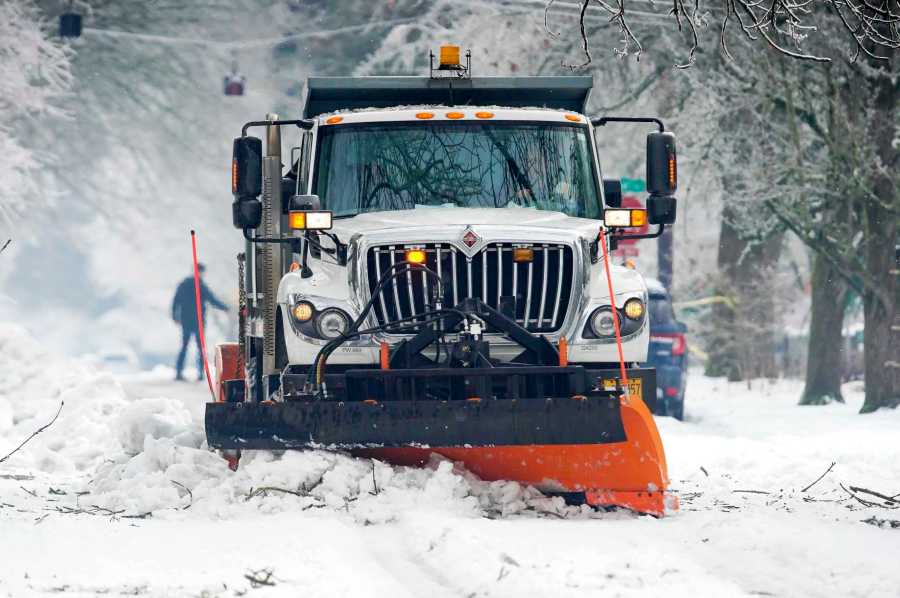 COLUMBUS, Ohio (WCMH) -- With winter weather moving fast into central Ohio, the Ohio Department of Transportation is gearing up to plow roads this season.

ODOT is in charge of maintaining all U.S. highways, interstates and state highways -- outside local municipalities. And drivers might already see ODOT's trucks on the road.

“The salt barns are stocked, the liquid deicers are there now, we just have to work to fill those seats with drivers,” said Brooke Ebersole, ODOT Columbus spokesperson.

“While 10 percent down doesn’t sound like a whole lot, remember that one plow driver is typically assigned one plow route," Ebersole said. "So when you are talking about 30 seats that are unfilled, that's about 30 routes that somebody else is having to double up on on top of their own route."

And with routes typically taking between 90 minutes to two hours, Ebersole said, that's a lot of extra time current drivers must shoulder. The department is asking drivers to be patient -- now and once the storm starts.

Ebersole said the less drivers on the roads, the easier it will be to clean up. ODOT plans to get roads back to highway speeds within two hours after the last snowflake falls.

“Rest assured that we are doing everything that we can that these crews work anywhere from a 12 to 16 hour shift," Ebersole said. "But (you) should build in time on your commute and anticipate a little bit longer to wait for those roads to be clear."

Ebersole also cautioned drivers that snow won't be the only obstacle they face in winter months.

“It's snow, it's fog, it's frost, it's flurries. So we are seeing a lot of these heavy fog mornings right now and it's important as a driver to remember how to operate your vehicle safely,” Ebersole said.

ODOT seeks snow plow drivers with commercial drivers licenses. Ebersole said there are other job openings which require a class A or B license. To learn more, click here.

Alarming rise in diabetes cases among youth in dist