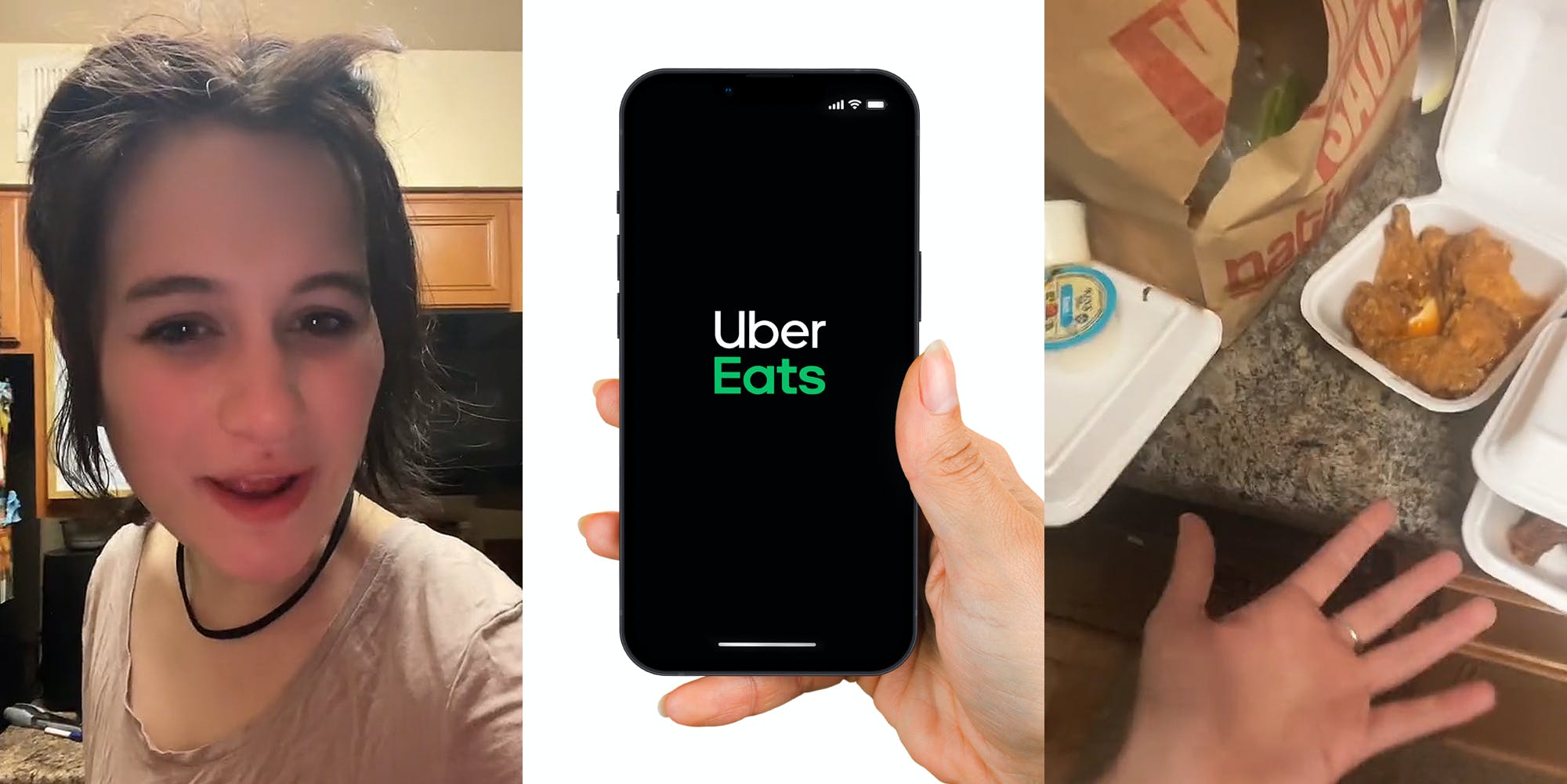 One Uber Eats delivery driver is revealing a perplexing situation they were put in after a customer canceled an order last minute.

In a recent TikTok video, viewed over 800,000 times, user @marcupialfrog claims a customer canceled an order on her when she was just a couple blocks away from completing the delivery.

“Can someone please explain to me why someone would order Uber Eats—like a 30-minute delivery, tip pretty well—have your food be two minutes away, and then you just cancel the order?” @marcupialfrog says in the video.

“So the driver, me, I’m like ‘Huh, no it's fine. I’ll just take all your fucking buffalo wings…’ Why would someone waste all this?” they say while opening multiple to-go boxes of chicken wings.

The TikToker adds that they weren’t necessarily complaining about the ordeal but were “just shocked.”

“I felt like a lioness bringing home a kill for my pack when i walked in the door and told my roommate the NEWS,” @marcupialfrog wrote in the comment section.

Uber Eats has not responded to a request for comment via email. But according to Uber’s website, if a driver is en route to a dropoff location and an order is canceled, they will still be paid a pickup fee.

In the comments section, other users speculated on the customer's reason for the cancellation.

“They were hoping you wouldn't see them canceling the order, still deliver it to them and NOT get paid,” one commenter said.

“Maybe they accidentally ordered it to the wrong address?” another commenter said. “I've definitely done that when I was at my friend's house before.”

People also noted it's possible the customer was dealing with an emergency.

“Ordered fancy dinner. Put laundry in the washer. Fell on my way to move laundry to dryer. Broke toe. Canceled order, cried on the way to urgent care,” one user recounted.

The post ‘They were hoping you wouldn’t see them canceling the order’: Customer cancels Uber Eats delivery 2 minutes before receiving it appeared first on The Daily Dot.

For Jacoby Brissett, a Day of Rain, Tears and One Last Win With the Browns

Today24.pro
‘How many Uber drivers does it take to pick up a disabled person?’: Disabled person says 3 Uber drivers canceled on them because of their service dog Goldman issues stock market warning It's not just you. Disney's CEO reportedly thinks its theme parks have gotten too expensive. Crypto Lender Matrixport Raises Valuation to $1.5B Despite FTX Collapse