SINCE Kylie Jenner is known for being one of the most beautiful women on social media, many fans love the idea of wearing the same makeup as her.

She sells top-tier makeup under her brand name Kylie Cosmetics, but not everyone wants to keep up with the hefty price points she pushes.

Fortunately, a Kylie Lip Kit dupe has been discovered at Walmart for people who want to save their money.

A TikToker who runs a viral page under the name @365DaysForBeauty showcased the affordable Kylie dupe they found at Walmart.

The five-second video begins with a screenshot of Kylie’s matte liquid lipstick and lip liner in a pale pink color.

Lip Kits on Kylie’s official website go for $29 per package. 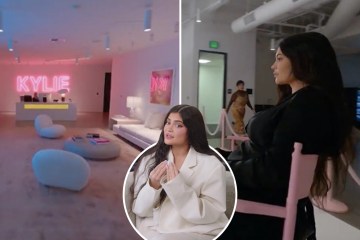 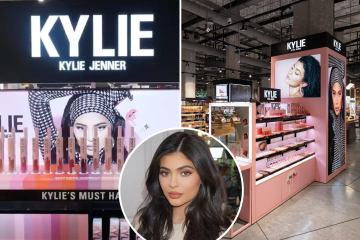 When her lip kits are discounted and listed for sale, they’re worth $20.30 instead.

The dupe from Walmart is a tube of lipgloss from Maybelline New York‘s collection.

The TikToker zooms in on Maybelline’s SuperStay Matte Ink Liquid Lipstick in the Loyalist 05 color.

It’s a major money-saver since the dupe is listed for just $8.39 on Walmart website.

A handful of people in the comment section totally agree that the Maybelline brand can be used instead of Kylie Cosmetics.

Someone posted: “MBL NY!” with a floating heart-face emoji.

“Mega dupe! And so much cheaper,” another person added.