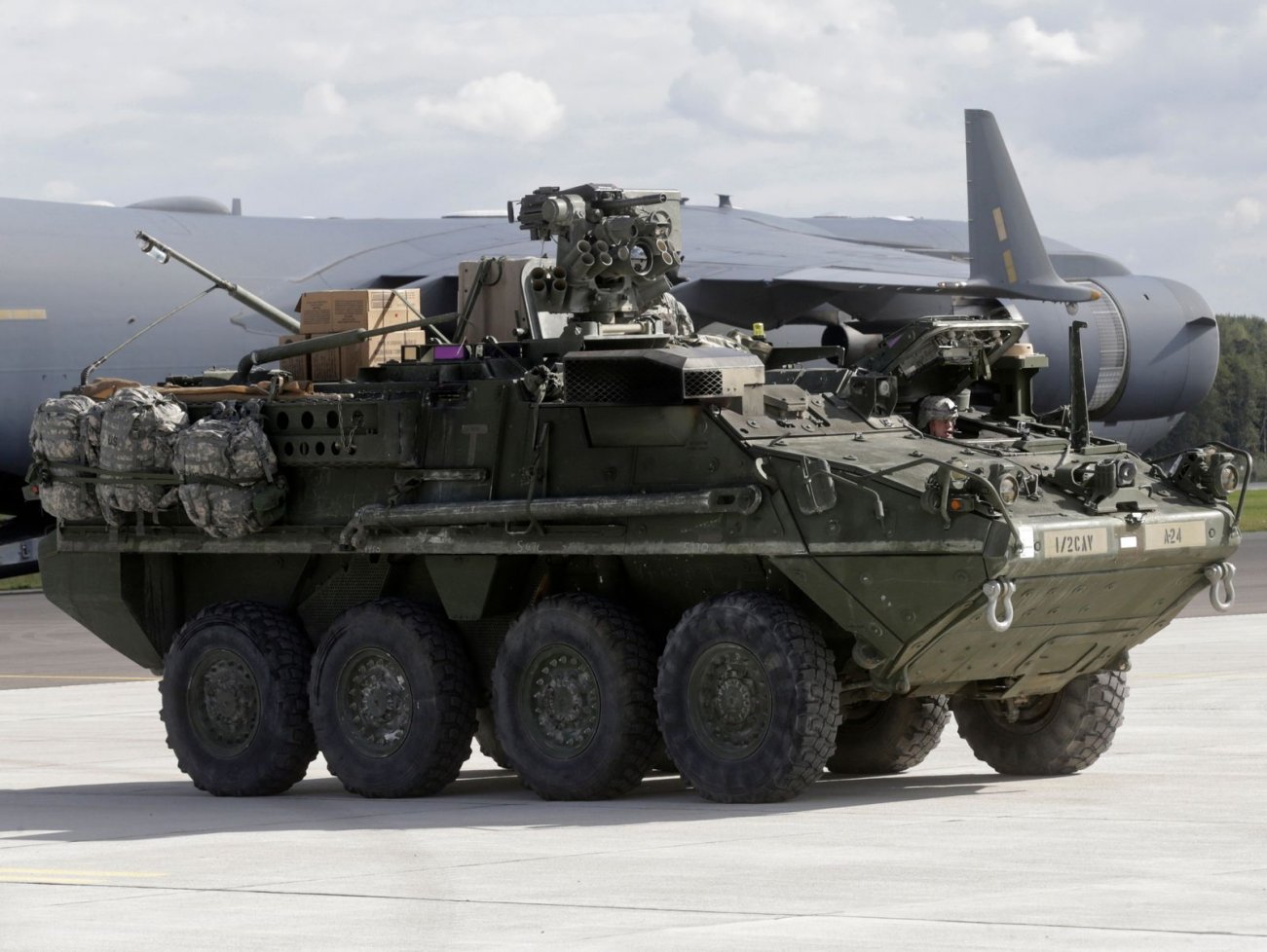 Each come with their own costs and benefits.

Here's What You Need to Know: While missiles are great for keeping things light and mobile, there may be issues with going to completely missiles.

During the Cold War, short-range air defense (SHORAD) was dominated by gun-based vehicles. From the German Gepard to the American VADS to the Soviet Shilka, rapid fire autocannons were the preferred method of taking down helicopters and aircraft at close range.

This started to change near the end of the Cold War, with anti-air missiles being added onto these platforms to increase their flexibility and lethality in combat. Some systems like the American M1097 Avenger downgraded the gun into a secondary weapon, mounting only a single rapid-firing .50 cal machine gun while mounting racks for eight stinger missiles. Others simply added on additional rockets onto existing systems, such as the Gepard A1 in the Bundeswehr. Some were designed from the outset to be excellent at both: the Soviet Tunguska mounted two twin thirty-millimeter cannons, an upgrade from the Shilka, as well as an excellent missile system.

Despite the proliferation of these systems, it appears that guns have largely fallen out of favor. In the land forces modernization plan that planned to give the Marine Corps additional SHORAD, a missile only system was proposed. New Russian air defense vehicles are mounting only missiles as well, eliminating the gun component of the Pantsir system. The same situation is occurring with militaries around the globe.

But why are militaries moving towards missile only solutions? There are a multitude of reasons.

Missile systems are becoming more and more capable. When the M163 VADS came out, it was paired with the M48 Chaparral medium surface-to-air missile launcher. The Chaparral fired modified AIM-9 Sidewinder air-to-air missiles.

These had many limitations, they could only lock on from certain aspects, they took a long time to lock on, and they had limited range. Purpose built Soviet systems like the Strela-1 and Strela-10 weren’t much better in those aspects.

As a result, guns were necessary to defend against aircraft flying in flight profiles in which a SAM was less than optimal weapon. This has changed with the development of highly capable MANPADS such as the FIM-92 Stinger missile. These missiles can engage most targets in the gun firing profile quickly with more accuracy than guns themselves.

With these missiles, greater capability can be put on lighter weight platforms, allowing a SHORAD network to be more spread out and mobile. The Avenger is a great example of this: a gun system as lethal as eight stingers would never be able to fit on the back of a Humvee and have the rapid shooting capability the Stinger brings.

There are videos of light AA guns being mounted on trucks and even some pickups by insurgents, and the accuracy of such systems is almost invariably very poor. The recoil of even a twenty-three millimeter system is enough to rock even a truck sideways. Outboard stabilizers are required for accurate fire if the chassis isn’t heavy and tracked like a Gepard or Tunguska.

Missiles don’t have this issue, as they are recoilless, so they can be effectively mounted on very small platforms. One of the new systems under development is the Marine Air Defense Integrated System (MADIS) that uses the light JLTV chassis with Stingers as the primary “kinetic” weapon. The Polish “Poprad” is similar, mounting four MANPADS on an armored truck.

But while missiles are great for keeping things light and mobile, there may be issues with going to completely missiles. Anti-air guns always had a strong anti-infantry capability due to their explosive ammunition and high rate of fire. M42 Dusters were notorious for their effectiveness in Vietnam. Similar situations applied in almost every conflict: Shilkas in Chechnya and Afghanistan, old ZSU-57-2s in Yugoslavia. While some missile systems can be used against ground targets, doing so is usually not ideal due to cost and accuracy reasons.

Missile systems also have a significant higher cost-per-shot than gun systems. Faced with a regular threat of a handful of cheap drones a day, a gun-system engagement would cost probably around a few thousand dollars worth of ammunition per drone (at maximum), compared to tens of thousands of dollars per missile. For the same reason, gun systems also have additional “staying power,” with the ammo reserves of most guns being able to support more engagements than the rack of a missile system.

Charlie Gao studied Political and Computer Science at Grinnell College and is a frequent commentator on defense and national security issues.

This article first appeared in September 2018 and is being reprinted due to reader interest.

I make my son do 12,000 steps a day to earn video game time at the weekend – people say it’s too much but he loves it