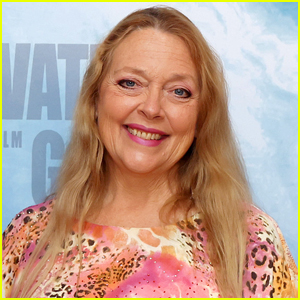 Carole Baskin is reacting to big claim made in Tiger King 2.

As Tiger King fans may remember, Carole‘s first husband Don Lewis, disappeared in 1997 and was legally declared dead in 2002. She has been married to Howard Baskin since 2004.

On the first part of the docu-series released in 2020, zookeeper Joe Exotic accused Carole of killing her husband – and feeding his body to her tigers – after Don told her he wanted a divorce.

In Tiger King 2 – which is now streaming on Netflix – an apparent document from the Department of Homeland Security states that Don is “currently alive and well in Costa Rica.”

In a new interview, Carole reacted to the claim that Don is still alive.

While appearing on British TV network ITV’s show This Morning, Carole said that the document claiming Don was still alive was “one of the really exciting things that came out of Tiger King 2.”

“And they said that my husband Don Lewis is alive and well in Costa Rica,” Carole said, “and yet all this hay has been made about me having something to do with his disappearance, when Homeland Security has known where he is, at least since back then.”

Despite being featured in Tiger King 2, Carole was not involved in the making of the new series and even sued Netflix for using footage of her.