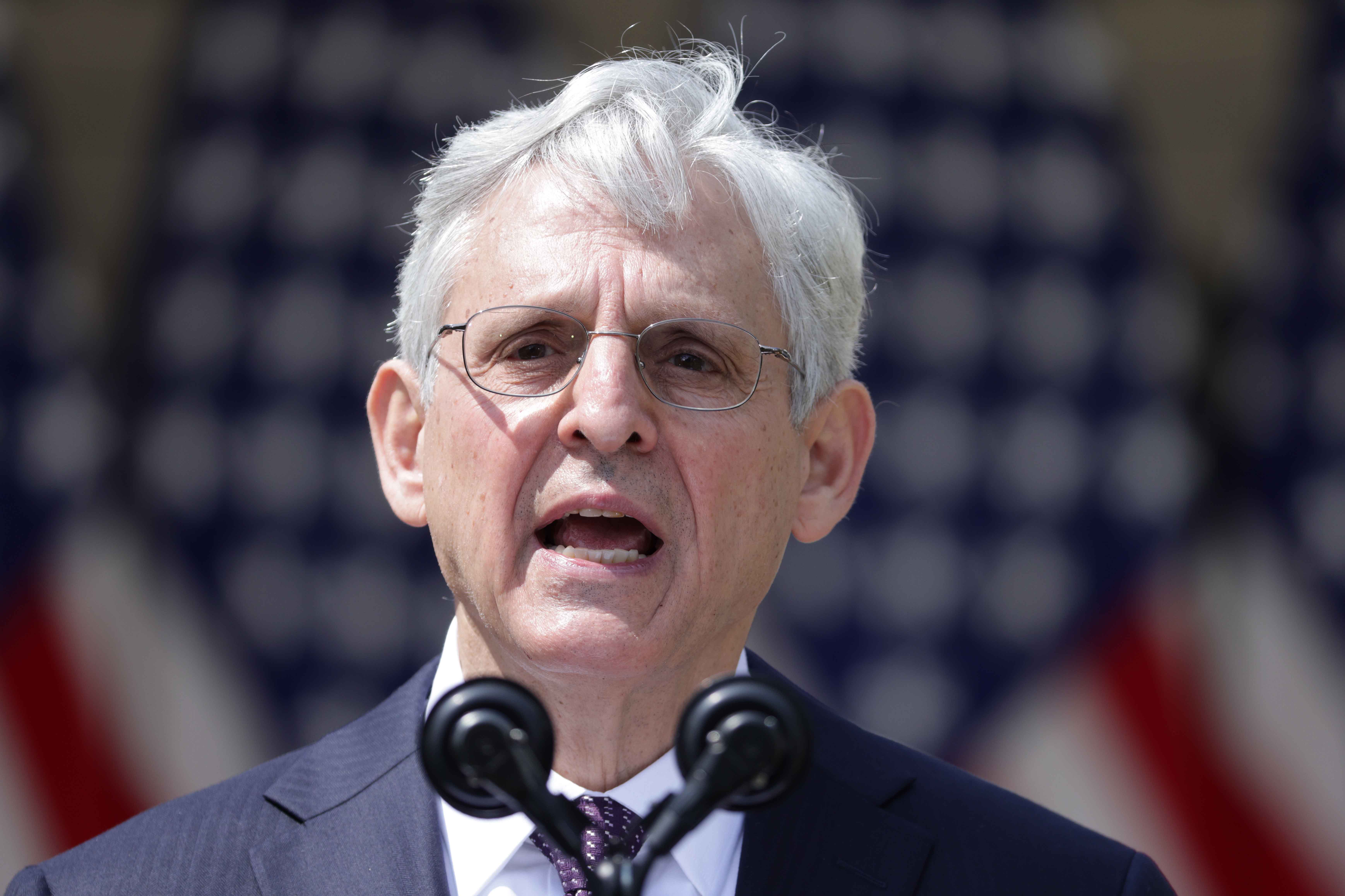 Attorney General Merrick Garland returned Monday to Oklahoma City — the site of the nation’s most deadly act of domestic terrorism and of his formative experiences as a young prosecutor — to deliver a warning that the threat of domestic extremism is again on the rise.

Delivering his first major speech as attorney general, Garland told a memorial service that the nation must remain vigilant against such dangers.

“Although many years have passed, the terror perpetrated by people like Timothy McVeigh is still with us. Just last month, the FBI warned of the ongoing and heightened threat posed by domestic violent extremists,” Garland said. “Those of us who were in Oklahoma City in April 1995 do not need any warning.”

Garland has only been on the job a little more than a month, but he has vowed to crackdown on a resurgence of violence linked to white supremacist and right-wing militia groups.

“The Department of Justice is pouring its resources into stopping domestic violent extremists before they can attack, prosecuting those who do and battling the spread of the kind of hate that leads to tragedies like the one we mark here today,” the attorney general said.

Notably, Garland made no mention in his speech of the highest profile outbreak of right-wing violence in recent months: the storming of the U.S. Capitol on Jan. 6 as members of Congress were tabulating the results of the presidential election.

Garland has called the investigation and prosecution of that event his “top priority.” A Justice Department spokesperson did not immediately respond to a request for comment about its omission from his remarks, but last month a federal judge in Washington complained about a former top prosecutor on the case granting a high-profile television interview in which he speculated about potential sedition charges against the Capitol rioters.

At a congressional hearing last week, FBI Director Christopher Wray said he couldn’t say much about the Capitol riot probe “out of respect for all the judges who have very strong views about publicity of ongoing cases.”

During Garland’s speech Monday, his voice sometimes trembled with emotion as he reminisced about the kindness of local residents and the grief they experienced at the 169 deaths caused by the explosion of a fertilizer-based bomb planted in a Ryder truck parked outside the Murrah Federal Building in downtown Oklahoma City.

“I cannot express the depth of my gratitude for your thinking of our comfort in the midst of your pain. Nor the depth of my admiration for the care that Oklahomans extended to those who were hurting, neighbors and strangers alike,” Garland said.

Garland recalled some of his own involvement in the case, including arguing for the detention of bomber Timothy McVeigh during a hearing held at a nearby air force base since the courthouse had been destroyed. Juries later convicted McVeigh and associate Terry Nichols for the attack.

McVeigh was executed in 2001. Nichols received multiple life sentences and is in a Supermax prison in Florence, Colo. Another accomplice who pleaded guilty cooperated with prosecutors, Michael Fortier, received a 12-year sentence and was released in 2006.

Memorial services for the bombing victims have been held annually. A major remembrance was planned for the 25th anniversary of the bombing last year, but that event had to be moved entirely online due to the pandemic.

Many speakers at the event Monday praised Garland for his work prosecuting the men responsible for the bombing. However, other leaders also spoke about the dangers of political division and extreme rhetoric.

Republican Gov. Kevin Stitt spoke out against cancel culture, suggesting that efforts to marginalize unpopular ideas or individuals could lead to violence like that seen in Oklahoma City in 1995.

“Never in our lifetime has it been easier for us to be divided,” Stitt said. “There are groups that refuse to listen to another point of view. They try to cancel anyone who sees the world differently.”

“It starts with mere words, but these words behave like a virus and they are gateways to acts of unspeakable evil,” Holt said.

Garland began his trip to Oklahoma on Sunday by visiting the site of America’s worst outbreak of racial violence: the 1921 massacre in Tulsa’s Greenwood District. During the attack, white residents killed dozens of Black residents, left scores injured and burned a thriving African American community to the ground.

Kyle Cheney contributed to this report.

The 4 best dog dewormers and parasite prevention medicines in 2021