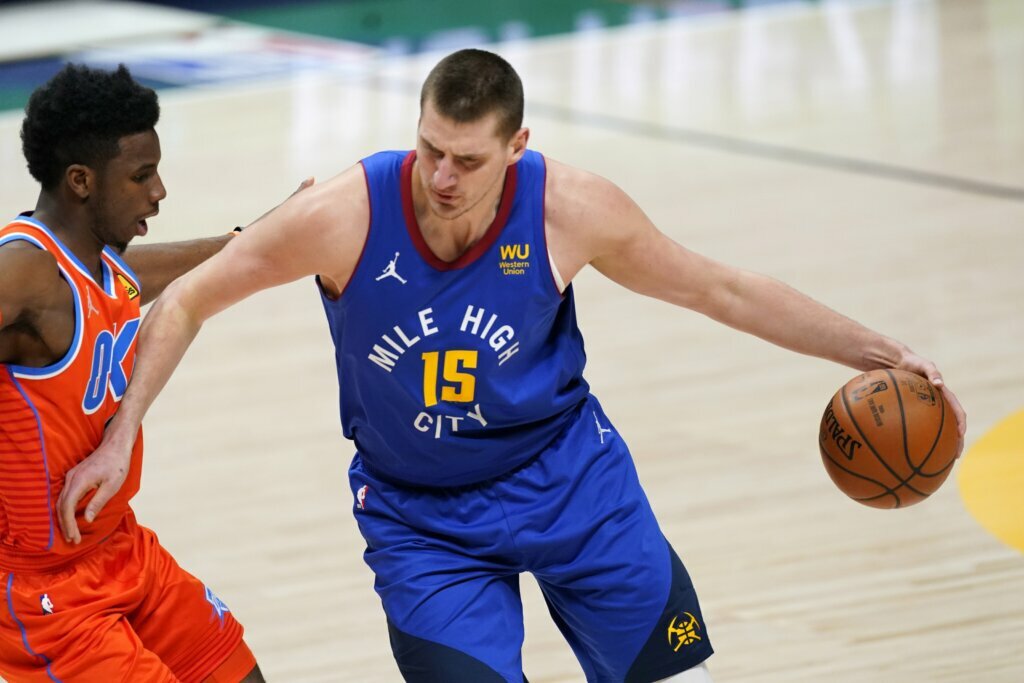 DENVER (AP) — Nikola Jokic finished an assist shy of a triple-double, scoring 22 points and grabbing 13 rebounds to help the Denver Nuggets rally for a 97-95 win over the Oklahoma City Thunder on Friday night.

Jamal Murray also scored 22 points and Michael Porter Jr. finished with 15 for the Nuggets, who trailed most of the game before winning their second straight.

The Thunder were coming off two overtime losses to the Lakers in Los Angeles despite being shorthanded. Oklahoma City had just eight players available Wednesday and only nine Friday night.

Justin Jackson led Oklahoma City with 20 points off the bench, and Al Horford and Hamidou Diallo had 16 each.

The Thunder led by as many as 19 in the first half. After Denver cut it to nine early in the third, Oklahoma City built a 15-point advantage. Every time the Nuggets made a run, Oklahoma City had an answer — until the final minutes

The Nuggets made a big push in the fourth with Jokic on the bench, scoring seven straight to cut the deficit to three. Denver had a chance to tie or take the lead, but turned it over and Oklahoma City scored the next six to go ahead 89-81 with 4:28 left.

The Nuggets scored the next 12 points, taking their first lead on Jokic’s jumper in the lane. Barton hit a 3-pointer and Denver sealed it at the line.

Thunder: G Shai Gilgeous-Alexander missed his second straight game with a knee injury. He has missed four of the last six. … Oklahoma City is 7-7 on the road.

Nuggets: Guards Gary Harris (adductor strain) and P.J. Dozier (hamstring) will be on the upcoming four-game road trip that starts in Boston on Tuesday. Both have missed multiple games with their injuries. … Denver did not attempt a free throw in the first half.

Pfleger points to DCFS findings to support his effort to return to St. Sabina