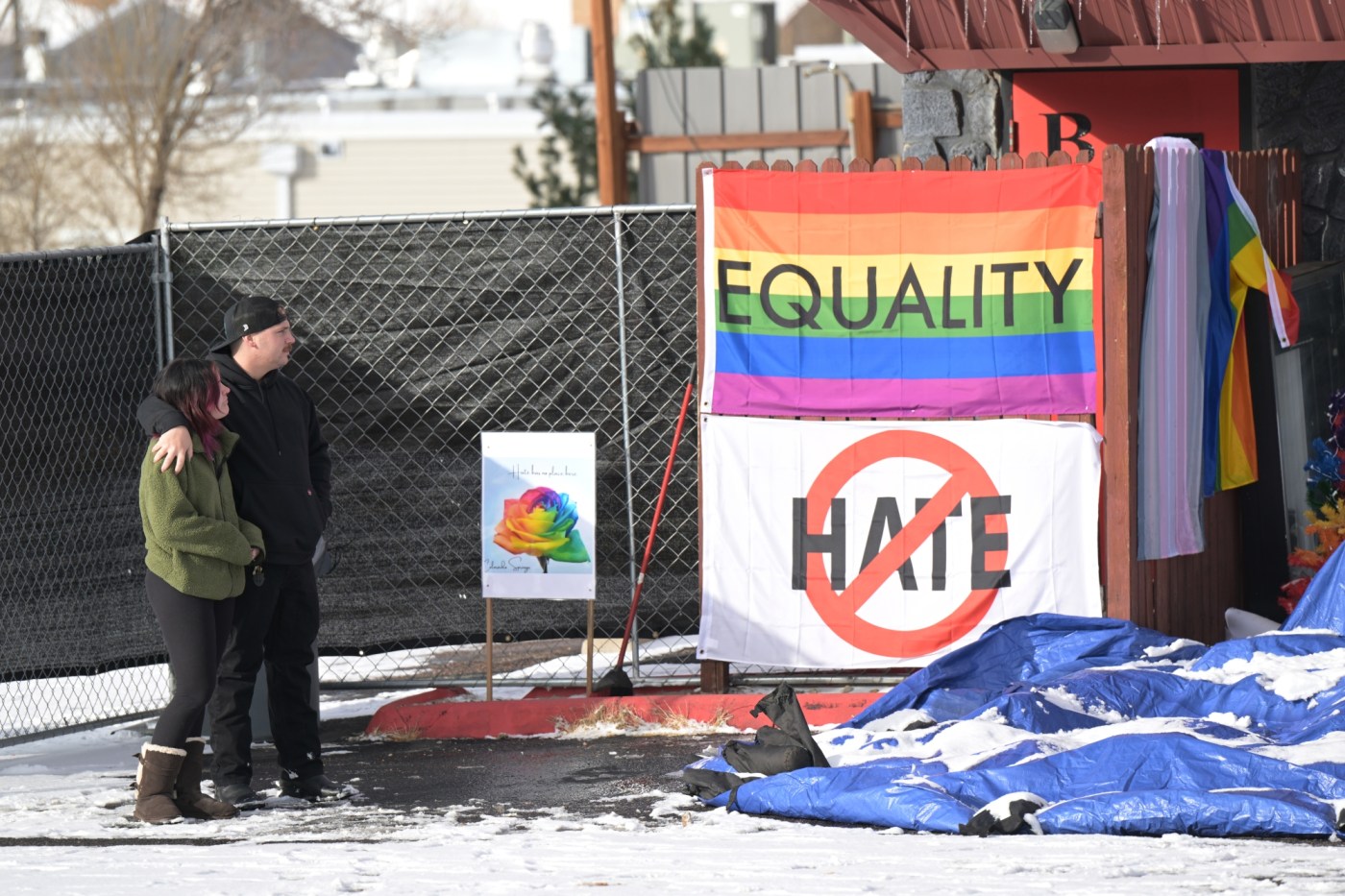 The suspect in the mass shooting at an LGBTQ bar in Colorado Springs last month was charged Tuesday with 305 criminal counts, including first-degree murder, bias-motivated crimes and attempted murder.

Anderson Lee Aldrich, 22, had been arrested and held on suspicion of first-degree murder immediately after the Nov. 20 mass shooting at Club Q, but prosecutors did not bring formal criminal charges until Tuesday, which is normal under Colorado’s court process.

Fourth Judicial District Attorney Michael Allen said in a news conference after a court hearing Tuesday that the number of charges reflects the seriousness of the crime.

“Obviously when you file 305 counts in a case, that tells the public, this community, this state and this nation that we are taking this case as seriously as we possibly can and we are going to prosecute this case to the fullest extent of the law,” he said.

Aldrich is accused of killing five people and shooting 17 others in the attack. Five additional people were injured during the attack, but not by gunfire, police have said. The suspect was beaten into submission by club patrons who stopped the mass shooting within minutes.

Aldrich appeared in a Colorado Springs courtroom for Tuesday’s hearing shackled, handcuffed and wearing a jail jumpsuit. The defendant is non-binary and uses they/them pronouns, their public defenders have said in court filings.

During an initial court appearance shortly after the attack, Aldrich’s face was heavily bruised and they sat slumped over; on Tuesday they appeared more alert and the bruises on their face were healing. Aldrich did not speak and sat still during the hearing.

El Paso County District Court Judge Michael McHenry ordered the arrest affidavit in the case be unsealed by the end of the day Wednesday, over the objection of Aldrich’s defense attorneys.

“The wording was changed to allow [a crime] to be committed ‘in whole or in part’ based on bias,” he said.

He added the charges against Aldrich could change should more victims come forward.

Aldrich was not charged with gun or weapons violations. Allen declined to explain that decision Tuesday or say whether the suspect legally bought the guns used in the attack.

“That gets too close to the heart of the investigation,” he said.

A two-day preliminary hearing in the case was set for Feb. 22 over the objection of Aldrich’s attorney, who said that date did not give the defense team enough time to review evidence in the case and prepare for the hearing.

If the case goes to a jury trial, it may not do so until 2024, Allen said. In other recent Colorado mass shootings — including the Boulder King Soopers attack in 2021 and the Colorado Springs Planned Parenthood clinic shooting in 2015– the cases have been stalled for months and years by questions about the defendant’s mental competency.

Allen acknowledged that such delays are common but declined to speculate about whether the issue of Aldrich’s mental competency would be raised in future court proceedings.

'Don’t be numb to this': Battling despair over gun deaths

One dead, two injured after shooting near Columbus strip club