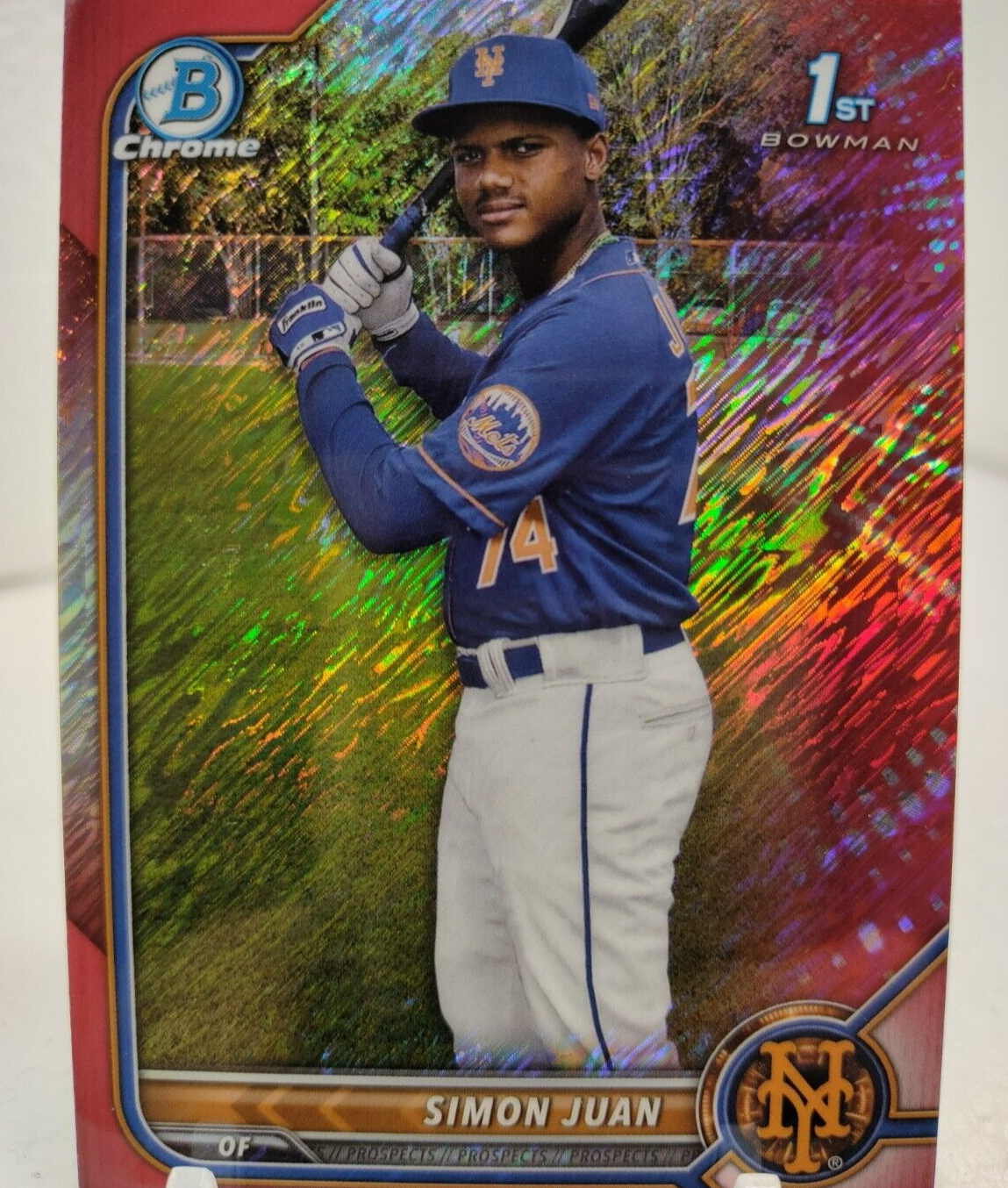 Released just two days before Thanksgiving, 2022 Bowman Chrome has finally come to the market with such an obnoxious amount of refractor parallels to chase that collectors may actually forget that the base set exists.

Normally scheduled for a September release date, the 2022 product follows the tried-and-true formula with a 100-card base set of veterans and rookies and another 100 cards of prospects. The base set features a dozen different parallel refractors, serial numbered from one of one to 499. The prospects, on the other hand, have over two dozen different refractor parallels, also serial numbered from one of one to 499. As with the earlier released 2022 Bowman Baseball, Bowman Chrome utilizes the exact same card design. Even the different insert sets and autographed cards come in multiple refractor variations.

After viewing the checklist for the Bowman Chrome product, I couldn’t help but be a bit disappointed and even confused about the choices made for the inclusion of Mets prospects.

It’s definitely possible that I may change my mind about 2022 Bowman Chrome, but thus far, it appears to be a bit of dud. Bowman still has the Bowman Draft product to be released, which will include prospects and players selected in the 2022 MLB Draft. This will give collectors and fans alike the possibility of the first Mets cards of draft picks Kevin Parada and Jett Williams.

Below is a checklist of the Mets cards found in 2022 Bowman Chrome.

The post 2022 Bowman Chrome Released With a Thud first appeared on Metsmerized Online.

'Quordle' today: Here are the answers and hints for February 6