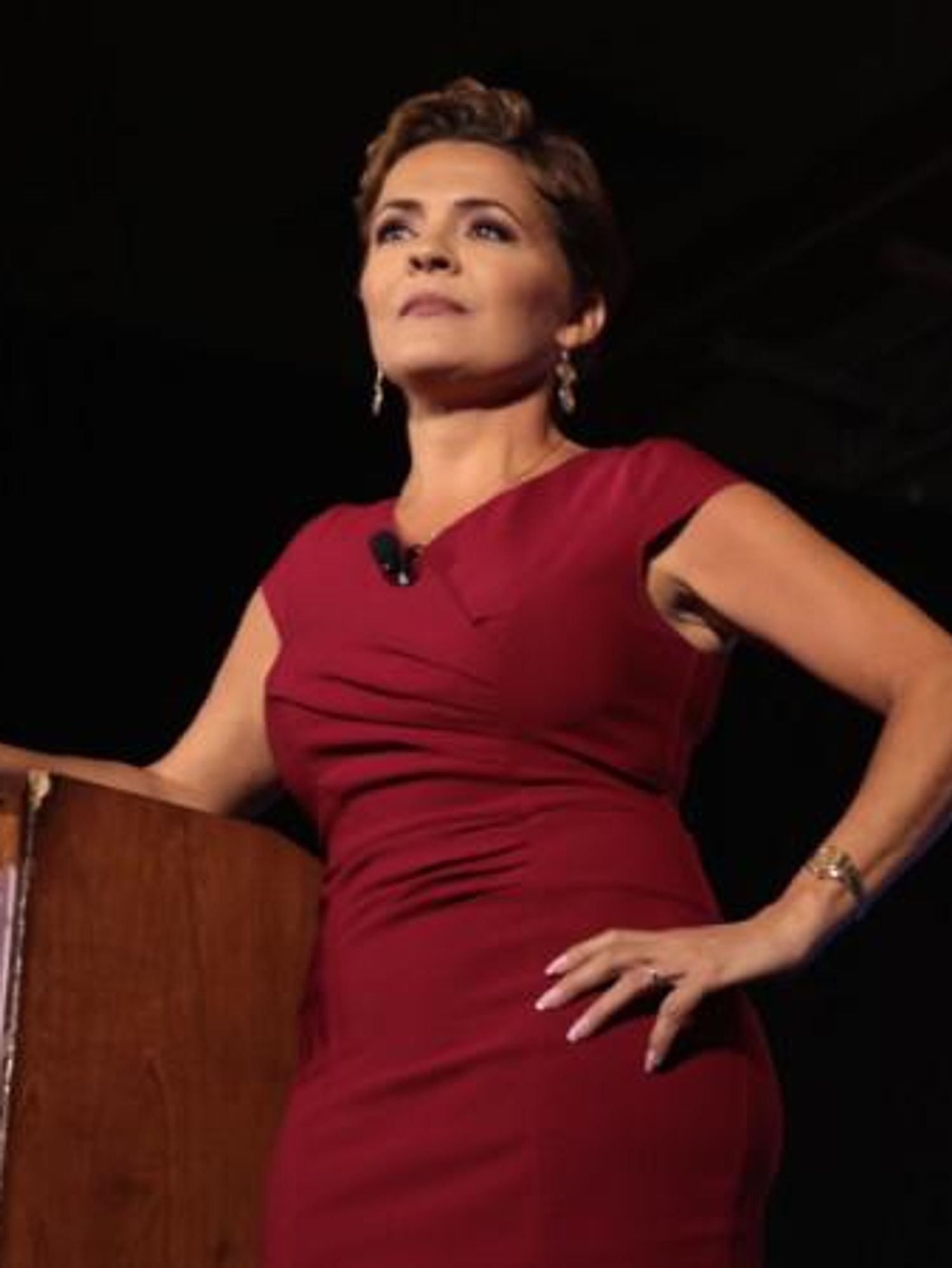 On Wednesday, Vox's Nicole Narea reported on Trump-loving former news anchor and failed Arizona gubernatorial candidate Kari Lake and what Narea describes as her "deeply absurd" last-ditch efforts to stop the certification of the election, after Democratic Secretary of State Katie Hobbs defeated her in the race for governor.

"Most other election-denier candidates, who lost up and down the ballot and across the country in 2022, have conceded their races with little fanfare," noted the report — and indeed, even Pennsylvania gubernatorial candidate Doug Mastriano, who was actually at the January 6 attack, eventually acknowledged his defeat.

But, as Narea goes on to document, that has not been the case with Lake, who has relentlessly tried to overturn her loss.

"Monday was the county-level deadline to certify the results," she writes. "All did, with the exception of Cochise County, where the Republican majority on the Board of Supervisors delayed certification until Friday, citing concerns about voting machines. Current Arizona Secretary of State Katie Hobbs, the Democrat who won the gubernatorial race, consequently sued the county, arguing that its decision could 'potentially disenfranchise' some 47,000 voters. The AP called the race on November 14, and the results weren’t within the half a percentage point margin required to trigger a recount. In the now complete vote count, Hobbs won the gubernatorial election by 17,116 votes."

Ironically, if Cochise County is not forced to certify by the courts, the exclusion of votes from the mostly-Republican county could deny certification of races won by Republicans, including Arizona's 6th Congressional District and the state superintendent race.

Lake, according to the report, "has boosted accounts from supporters who claim they had trouble voting, argued that Hobbs cannot certify her own election as governor due to conflicts of interest, and filed a lawsuit asking Maricopa County, the largest county in Arizona, to hand over various election records before the statewide canvass of the results, which is scheduled to happen on December 5." She is backed up by Trump, "who posted on Truth Social Monday that Lake “should be installed as governor of Arizona” and baselessly claimed that she was the victim of a “criminal voting operation” involving broken voting machines in Republican districts, drawing a parallel to his false claims about his own 2020 loss."

Lake is not alone among Arizona Republicans in her unwillingness to accept election results. Earlier this week Laurie Roberts of The Arizona Republic highlighted how far-right state Sen. Wendy Rogers is begging Trump supporters for donations to help her "redo" the election.