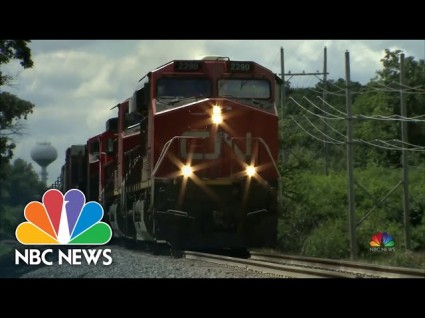 Yesterday, we left the pending rail workers strike with President Biden calling for Congress to step in. The House is expected to vote today. Via CNN:

While Biden has been on the receiving end of plenty of criticism from organized labor since his decision to publicly call on Congress to pass a bill to avert a strike this week, the current situation could hardly be described as “Biden sticking it to the unions,” one labor strategist familiar with the rail strike talks told CNN, adding that turning to Congress was “always lurking there in the background.”

“It’s not Reagan coming in with PATCO or anything like that,” the strategist said, referring to President Ronald Reagan’s famous decision in the early 1980s to fire thousands of members of the Professional Air Traffic Controllers Organization in response to their strike. “It is a deal where the White House and DOL and everybody weighed in pretty heavily on labor’s side.”

This was never a money issue, either. This is about sick pay, and time off, and two-man crews. (Owners want only one man on each train.)

And yesterday we started to see movement in that direction.

World’s shark attack hotspot revealed – do you go on holiday there?