Rangers’ first game after the appointment of Van Bronckhorst last season was a 3-1 loss to Hibernian in the Scottish League Cup semi-final, though the Dutch manager was only watching from the stands.

Beale has been appointed as Rangers boss and like his predecessor, the Gers’ first match under him is against Hibernian when the Scottish Premiership returns from the World Cup break in mid-December. 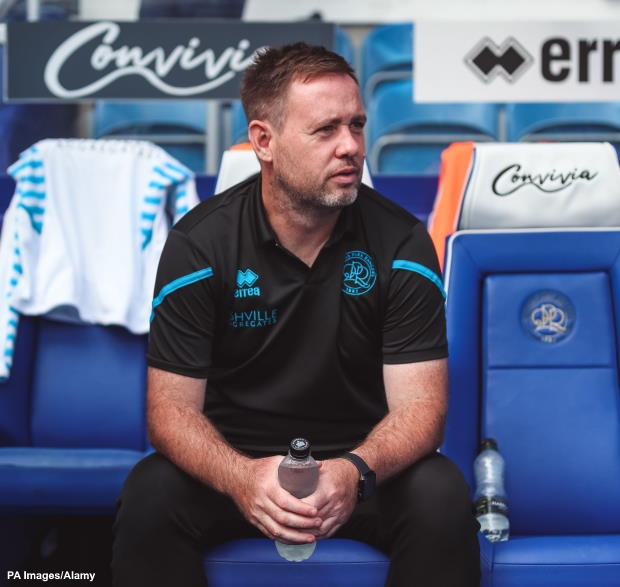 McManus has called on the Hibernian side to have the belief that they can condemn Beale to the same fate as his predecessor at Rangers.

“Hibs ensured Gio van Bronckhorst got off to a false start as Rangers boss with a Glasgow drubbing. And they have to believe the exact same can happen when Michael Beale gets his reign at Ibrox under way two weeks tomorrow night”, McManus wrote in his Daily Record column.

The ex-Hibs star is sure that the Edinburgh club can repeat the trick with Beale, especially when Rangers are playing with low confidence that McManus thinks will take time to fix.

“Some might say Rangers will benefit from the new manager coming in”, McManus added.

“But if you look at that semi final there was certainly no bounce.

“Rangers were flat and Hibs sprang a shock.

“And I firmly believe it could happen again.

“Rangers are a team that are playing with a real lack of confidence and Beale hasn’t got a magic wand.”

Though Rangers were beaten by Hibernian in the Scottish League Cup semi-final, they won all three Scottish Premiership games last season against Hibs and will be looking to get back to winning ways come the league returning.

Paul Rudd Reveals His Secret for Getting in Fighting Form for 'Ant-Man,' Spills on His Diet & Workouts