THE winner of The Great British Bake Off has been crowned – but some fans have been left furious.

After 10 weeks and a total of 12 contestants just three bakers remained on the beloved competition, battling it out for the winner’s spot.

Viewers watched as Syabira, Abdul and Sandro felt the pressure to impress the judges just one last time.

The trio had to make a seasonal summer picnic comprising of small vegetarian pies, beautifully decorated mini cakes, and baking their own classic white bread loaf to make finger sandwiches from.

Retch For the Stars

Next was a summer pudding bombe in the tricky technical and ending with an edible sculpture of Our Beautiful Planet in the stunning Showstopper – showing three different baking skills as they did so.

All three struggled throughout the finals, with all coming under fire for their showstoppers – where Prue brutally declared Abdul’s choux buns an “absolute failure”, and criticising the design of Syabira’s monkey-shaped showstopper.

There was nothing more the finalists could do as Paul and Prue made their deliberations.

It was then revealed that Syabira was triumphant as she was crowned the winner of The Great British Bake Off 2022. 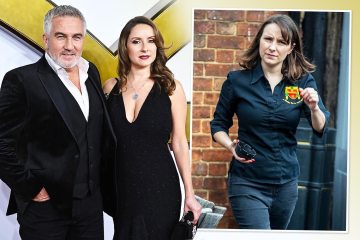 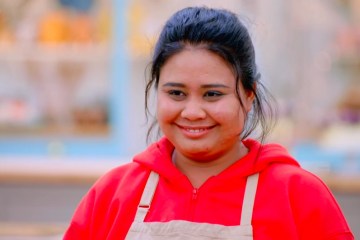 As she took the trophy home, Syabira, who only started baking in 2017, said: “Thank you so much. I can’t believe it, honestly it hasn’t sunk in yet, this is the biggest achievement in my life.

“All the hard work, all the trial and error, it has all been worth it. I am very very proud.”

Despite losing out, Abdul and Sandro were graciously happy for Syabira and congratulated the 32-year-old.

However, the result has left fans at home furious – mainly because the show didn’t give the bakers enough time, with all three flopping.

Taking to Twitter, one viewer said: “Impossible timings, a lack of actual baking and incredibly harsh judging. #GBBO has done the unthinkable and lost it’s spark. The worst series yet.”

A second said: “Bring the show back to basics next time please, #GBBO. Deserving winner, absolutely, but shocking and frankly absurd challenges. Worst final, and season, of GBBO, ever.”

Another posted: “All 3 of them doing the worst they’ve done for the whole season surely shows that there’s an issue with what they’ve been asked to do… they’re all great bakers”

While a fourth said: “I’m sorry, but that was the worst final of Bake Off I’ve ever seen. Next year, get back to making cake and pies and forget all these stupid themed weeks.”

The Great British Bake Off is available on Channel 4 on Demand.

‘When I accidentally put a $100 note in my pocket at work’: Red Rooster worker films TikTok where she admits to stealing—gets fired