GREAT British Bake Off fans are convinced they know who came second as they spot ‘giveaway clues’.

The Channel 4 baking series came to a close tonight as this year’s winner was announced – spoiler alert – the champion is revealed directly below.

Viewers watched as the three finalists Syabira, Abdul and Sandro battled it out for one last time in the big tent.

Ultimately it was Syabira who came out on top as judges Paul Hollywood and Prue Leith decided she was the better baker.

The 32-year-old was left shocked when she learned she was this year’s winner.

Retch For the Stars

But while Abdul and Sandro were both declared as the ‘runner-ups’, fans are convinced they know who really came second.

Taking to social media, they shared their theories after spotting clues during the episode.

Abdul seriously impressed the judges with his bakes and was the only baker to almost get vegetarian gelatine to set in a summer pudding bomb.

One posted: “Abdul has pulled into second place!”

Another said: “Abdul’s final bake might have slipped him into second but wow what a close final!”

A third even added: “Abdul was robbed!!”

While a fourth tweeted: “Aww well deserved winner and the other two were brilliant too. I think Abdul was consistent and fantastic and Sandro was lovely to watch!” 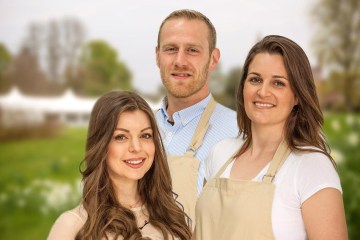 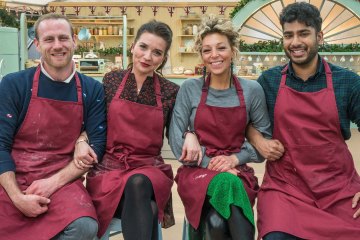 I was on GBBO and here's why I HID an injury from show bosses, reveals series 8 star

Nevertheless the two men were delighted for Syabira and congratulated her on scooping the trophy.

“I am so proud of Syabira, she is the Queen of Flavours, she fully deserves it,” said Sandro. “I am so happy for her. I am happy that I have got this far, and I am blessed, I am grateful.”

Meanwhile, Abdul said: “For me this is a massive achievement and I am so happy and proud of myself and I am happy for Syabira because she has worked so hard for this, and I am just so happy for her.”

Patriots Doing ‘Everything’ To Fix This Glaring Offensive Problem

Polarization and the politicization of medicine

Today24.pro
Anthony Joshua returns to America in search of new coach ahead of boxing return and links up with trainer Virgil Hunter Why the power grid is an 'attractive target' for domestic terrorists: report The Darkest Secret and Tragedy of Edwin Valero Hans Niemann in the sole lead at the 3rd El Llobregat Open