I’M A Celebrity…Get Me Out Of Here! star Chris Moyles has added to rising tensions in camp by accusing Boy George of theft.

The former Radio 1 star was seen fuming tonight after discovering his towel had once again gone walkabout.

Chris, 48, raged that it had happened “three days in a row” before storming off to the Bush Telegraph.

Once away from his camp mates, Chris then accused 80s pop star Boy George, 61, of stealing his towel.

He said: “This is killing me, I like to be as clean as possible. And I’m dirty. I don’t like it. I think I know who it is. George.”

Chris’ temper had flared as he walked around the I’m A Celebrity camp in Australia looking for his own towel. 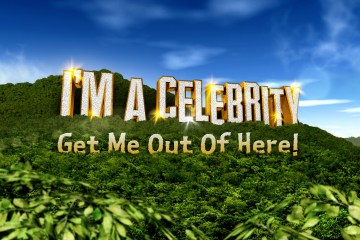 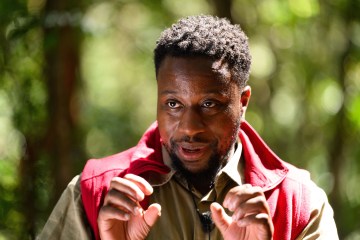 ALESHE OF THAT, PLEASE

He complained to the celebrities: “Guys, with the risk of sounding like a germaphobe with cleanliness issues, is there any chance that when I dry my towel and I go to get it the next day that it’s still there?

“Three days in a row and I go to get it and it’s not there.

“As much as I really, really like you all, I don’t want to dry my body with the stench of your balls.”

Unaware that Chris was mentally holding him responsible, George helpfully suggested: “They should have embossed the towels with our names.”

Fans found themselves chuckling at the tense scenes, with many sharing their thoughts on Twitter.

One tweeted: “After days of Boy George ‘meditating’ Chris Moyles has realised what he’s been chanting ‘TOOK YOUR TOWEL’.”

Another added: “And now we have towel-gate!”

And a third chipped in: “Why would you want to use someone else’s towel? That’s been around their bits? Gross!”

The MP said: “Being camp leader, it’s about when there’s a problem, just trying to find a solution that everybody’s happy with. This is a happy camp and I want to keep it that way.”

He replied: “Oh no, it doesn’t warrant that, it’s too much.”

But Matt said: “I think that’s a very good idea.”

Comedian Seann Walsh then confirmed: “The leader has spoken.”

I’m A Celebrity…Get Me Out Of Here! watch the next live episode tomorrow at 9.00pm (Wednesday) on ITV1 and ITV Hub

Today24.pro
RoboCV: stacker robot Billionaire investor Howard Marks touts a bargain boom as interest-rate fears grip markets - and predicts a surge in companies going bankrupt One of The Greatest Britons in History - Joe Calzaghe I make $1,000 a month by promoting Amazon products on social media. It only takes 5 hours per week — here's how I set up my side hustle.