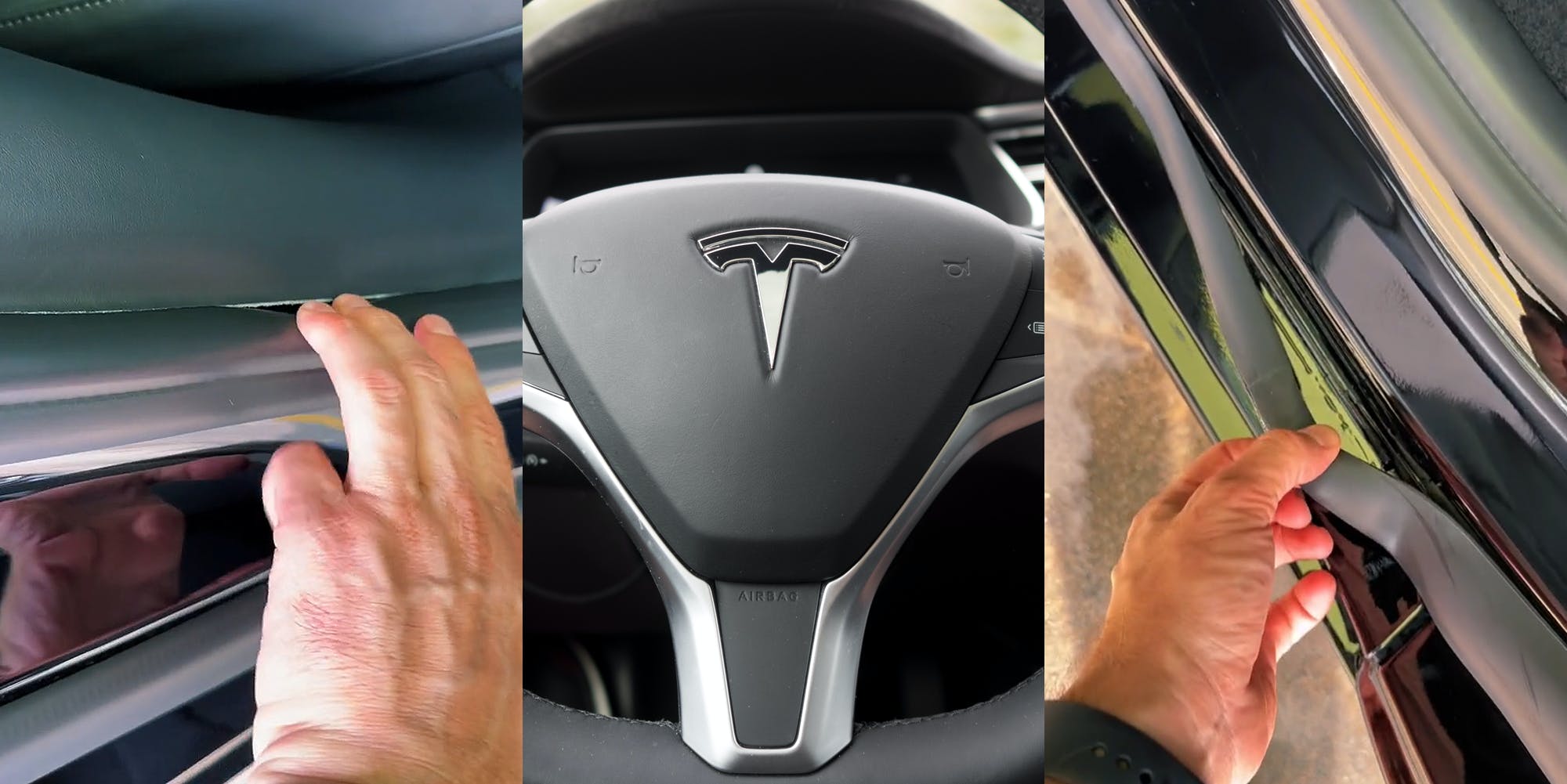 The video, which has has been viewed more than 3.4 million times, highlights numerous issues with a newly purchased Tesla Model S Plaid.

Despite costing well over $120,000, the vehicle, according to TikTok user Dom Giovanni, looks like it was put together by "toddlers."

"Alright, I'm a car guy and I get Teslas are a touchy subject for real car enthusiasts but this... I don't understand," Giovanni says. "Can someone please explain to me the build-quality of Teslas?"

@car_connoisseur PLEASE. SOMEONE TELL ME WHY THIS IS SO BAD!?! This Plaid was over $120k!!! #tesla #teslatok #car #cars #carsoftiktok #funfacts ♬ Anti-Hero - Taylor Swift

Giovanni shows how the car's trim and molding is loose on both the front and back doors. The TikToker also shows similar issues with the vehicle's front trunk or "frunk."

"Look at the frunk," he says. "It's open and I'm tapping it and the thing wobbles like it's going to fall off the hinges."

The video goes on to further highlight how several panels on the vehicle don't align either.

"I understand Teslas are pretty much computers and they happen to manufacture vehicles but the bits and pieces don't fit, nothing's flush, it looks like toddlers put this together during recess."

The video was quickly flooded with commenters who either agreed with Giovanni or sided with Tesla.

One user claiming to be a former Tesla employee claimed that such problems were commonplace.

"I worked for Tess bro and 100% poor quality control at Tesla," they wrote. "After 3 years everything squeaks and makes noise."

Others TikTok users argued, however, that their own Teslas did not have any such issues.

"But mine is no where near like this," another said. "You only see the bad ones on TikTok because that’s what people like to do."

The Daily Dot reached out to Giovanni over TikTok comment to inquire about the vehicle but did not receive a reply.

Giovanni's footage also went viral on Twitter, the social media platform that has been plunged into chaos after being purchased by Musk.

The viral video comes after construction workers at the Tesla gigafactory in Texas blew the whistle over alleged labor violations.

The whistleblowers, according to the Guardian, accused Tesla of subjecting them to constant hazards, onsite accidents, and wage theft.

“Nobody deserves what happened in the gigafactory to happen to them, or their family members, or whomever,” one whistleblower said. “I don’t think it was humane.”

Tesla did not respond to an email from the Daily Dot questioning the company's manufacturing process.

The post ‘It looks like toddlers put this together’: Viral TikTok shows poor build quality of Teslas, sparking debate appeared first on The Daily Dot.

Save 66% on a three-year subscription to this premium VPN

Today24.pro
Hans Niemann in the sole lead at the 3rd El Llobregat Open In the age of megachurches, communion has become a big business The Darkest Secret and Tragedy of Edwin Valero Anthony Joshua returns to America in search of new coach ahead of boxing return and links up with trainer Virgil Hunter