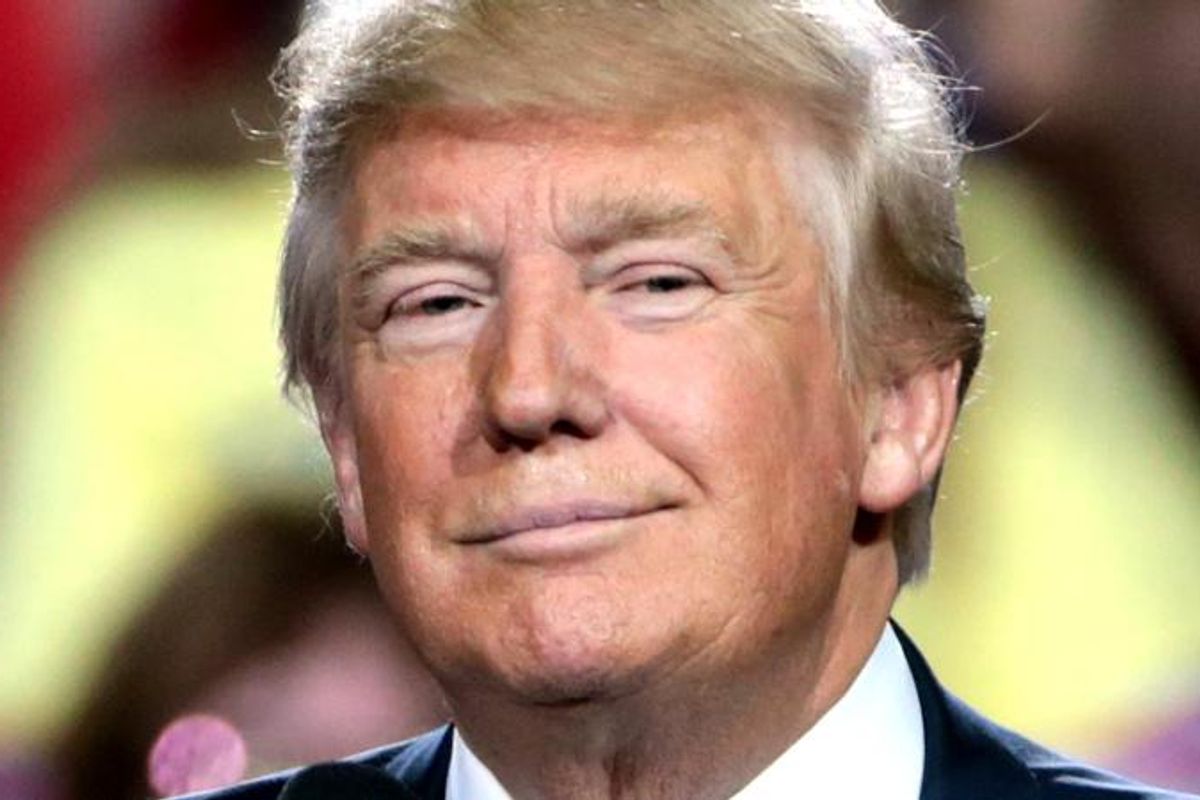 Article III of the 14th Amendment says that any public office holder who takes the oath of office and then engages in rebellion or insurrection against the U.S. is barred from ever serving in public office again.

Former impeachment lawyer and ethics czar Norm Eisen and Liz Hempowicz, VP of government affairs for Project On Government Oversight (POGO), penned an explainer for JustSecurity.org that walked through the ways in which Donald Trump has violated his oath of office and the Constitution and thus couldn't serve in the Office of the Presidency again.

The lawyers provided an accompanying report to their piece walking through the clause in the Constitution and how it can be enforced.

"The limited prior enforcement of the disqualification clause has led some to conclude that modern federal enforcement legislation is necessary to apply Section 3 against individuals involved in the January 6 attack on the Capitol," the lawyers said. "However, a combination of state, federal, and administrative mechanisms already provide a limited legal framework to enforce this provision, as a law review article completed shortly before the events of January 6, 2021 illustrates. This structure consists of processes to prevent a declared candidate for elected office from being placed on the ballot, prevent a disqualified candidate-elect from taking the oath of office, or remove a disqualified official from office (see p. 184 of the law review article)."

While states have their own process that citizens to protest an official who might be disqualified from office and those could be used to enforce the 14th Amendment. Congress may have the authority to disqualify members, even refusing to seat them, but states can use their own authority to decide whether or not someone is constitutionally ineligible to hold office.

They described a "writ of quo warranto" (which is "by what warrant” or authority), which could allow a state or federal court to hear challenges to 14th Amendment cases.

Some states have processes to petition courts like Florida’s statute, for example. Using a similar statute in New Mexico is how Cowboys for Trump cofounder Couy Griffin was blocked from the county commissioner seat.

Their report details the legal infrastructure that already exists to handle these cases. Some of the statements from the House Select Committee investigating the Jan. 6 attack could help bolster the case and their final report will likely give guidance for that.

Based on the public hearings alone, however, the lawyers think there's enough there make a 14th Amendment claim.

"While these processes are viable without additional congressional action, a clear statement of the applicable law by the Committee could help settle open questions and provide guidance to the various decision-makers who would be involved in exercising or applying those existing legal processes at the local, state, or federal level," the piece closed.

Kyrsten Sinema Says 51 Senate Seats Is a “D.C. Thing to Worry About”