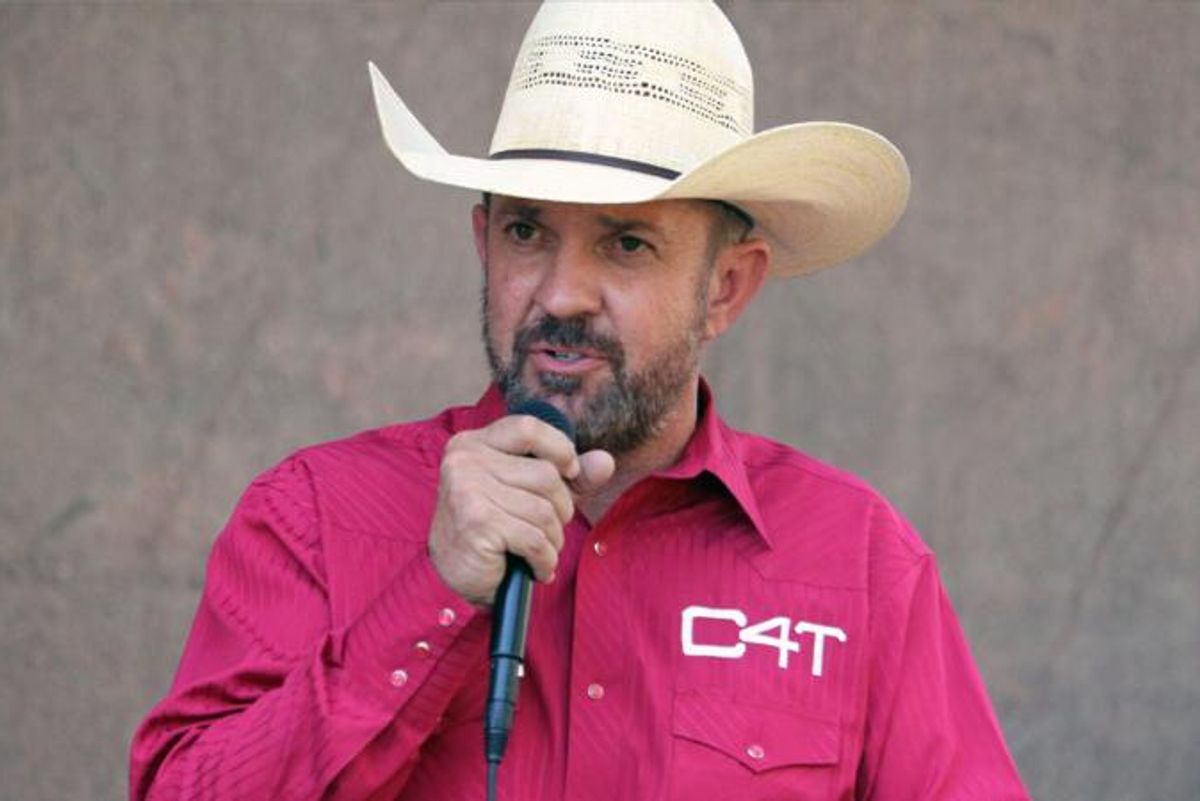 Former Republican Otero County Commissioner Couy Griffin failed to explain to New Mexico’s highest court how he would challenge his removal from elected office, so the court threw out his appeal.


The New Mexico Supreme Court on Tuesday issued a two-page order dismissing Griffin’s appeal of an earlier court ruling that removed him from his elected position and barred him for life from serving in elected federal and state positions.

The ruling marked the first time an elected official was unseated by court order as a result of participating in or supporting the Jan. 6 attack on the U.S. Capitol. Tuesday’s dismissal affirms the ruling.

Griffin told the Supreme Court on Sept. 23 he would appeal the district judge’s ruling.

When someone appeals a ruling to the New Mexico Supreme Court, they must file a statement that accurately and concisely explains the legal issues in the case and outlines how the courts have handled similar appeals in the past.

However, all five justices of the Supreme Court wrote on Tuesday that Griffin “failed to file a statement of issues” ahead of the 30-day deadline under the rules of New Mexico’s court system.

Citizens for Responsibility and Ethics in Washington (CREW) is one of the groups that initially brought the case against Griffin. The judge’s ruling in September was the first time that a public official was barred from office under the 14th Amendment of the U.S. Constitution, according to the organization.

Section 3 of that amendment prohibits anyone who has “engaged in insurrection or rebellion” against the government from holding elected office. The district judge cited Griffin’s participation in the Jan. 6 attack as an “insurrection against the Constitution.”

CREW’s Chief Counsel Donald Sherman said the state Supreme Court’s ruling is an affirmation that the 14th Amendment “can and should be enforced against all the Jan. 6 insurrectionists who took an oath to defend the Constitution, whether they are current or former officeholders,” he said. “Today is an important day for our democracy.”

Did Kansas City Actually Catch a Break in the MLB Draft Lottery?

Chelsea Handler, Leslie Jones and John Leguizamo among guest hosts to step in for Trevor Noah on ‘The Daily Show’

Today24.pro
Why the power grid is an 'attractive target' for domestic terrorists: report The Darkest Secret and Tragedy of Edwin Valero Anthony Joshua returns to America in search of new coach ahead of boxing return and links up with trainer Virgil Hunter Hans Niemann in the sole lead at the 3rd El Llobregat Open