Assessing another shock victory for the party of Joe Biden. 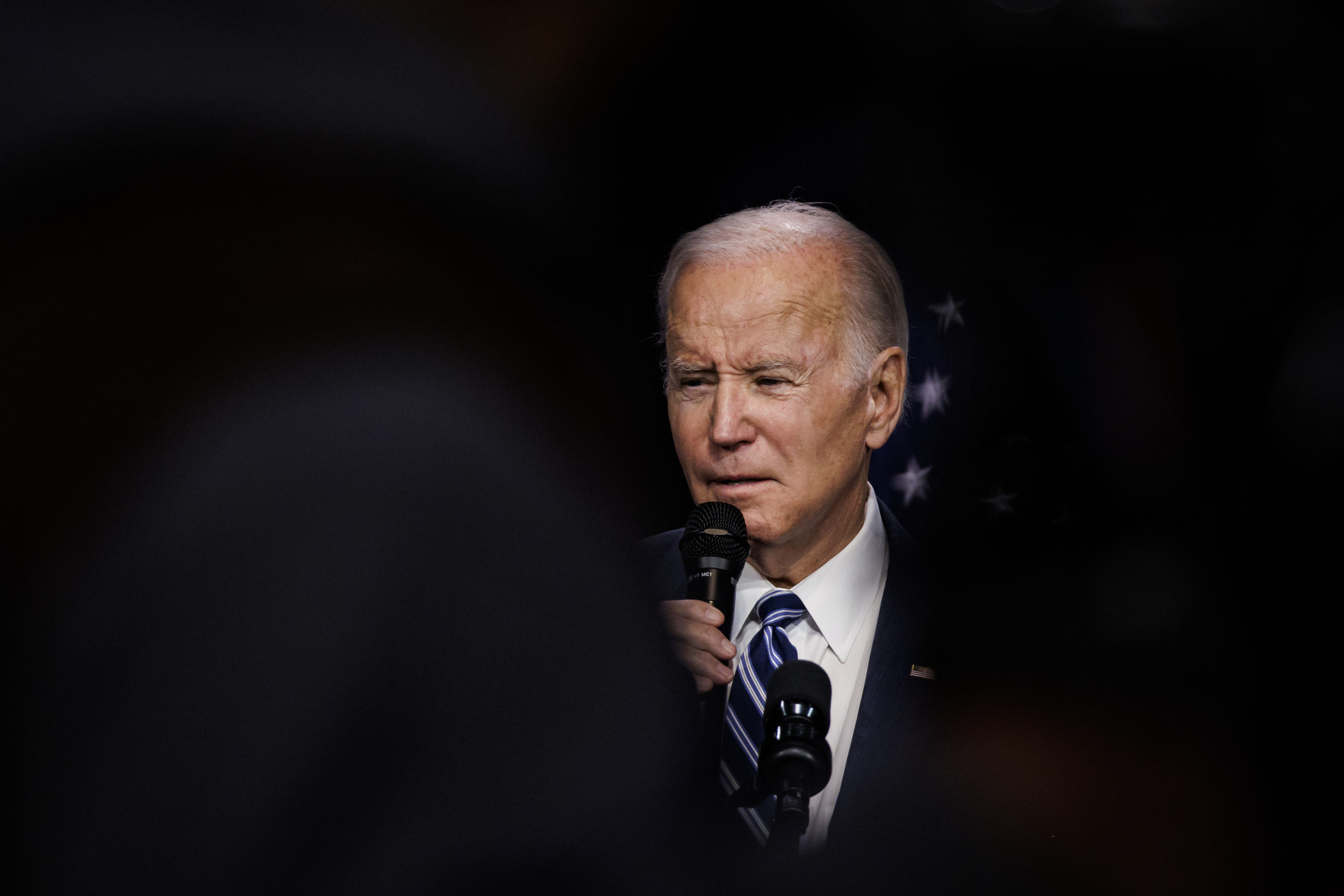 President Joe Biden speaks during an event hosted by the Democratic National Party at the Howard Theatre on November 10, 2022 in Washington, D.C. (Samuel Corum/Getty Images)

What a woebegone and beaten generation mine has become.

True: the American under-forty set slithers in the aftermath of what Hunter Thompson called “a wild party for rich kids.” That is, so the second half of the 20th century will appear, “compared to what’s coming now,” Thompson concluded in the days after 9/11.

Years on, it would be called “boomer privilege.” Which is to say: the property tax regime that exists from Great Falls, Virginia, to the Hollywood Hills. That is, the ignored prophecies of TAC’s Patrick J. Buchanan, America’s Ross Perot, and California’s Pete Wilson of what inviting the world and invading the world would reap. But here we all are: in paralysis—cybercommunism, even. It’s a taste of South Africanization, here, there, and everywhere; enmity and envy are around every corner. It is what most recognize as stasis, but without security.

The present order doesn’t work. Only the most ideological, antisocial, or rarefied assert that it does.

A week ago was a “good day for democracy and, I think, a good day for America.” As the man approaches the ayatollah decade, parsing President Joe Biden’s speech too much is a fool’s errand. But still, interesting need for a caveat there, no? Less equivocal as he went on, Biden added: “Democrats had a strong night,” to some audience cheers.

Don’t sell him short: Biden has real charm, and hand-to-hand political chops, maybe as much as any leading Democrat since Bill Clinton (whose midterm performances he just bested, as well as former boss Barack Obama’s). Or as the rock writer Lester Bangs in Almost Famous bandied about, re: his supposed inferiors: “That’s because we’re uncool. And while women will always be a problem for us, most of the great art in the world is about that very same problem. Good-looking people don’t have any spine. Their art never lasts. They get the girls, but we’re smarter.” The rejoinder from William Miller: “I can really see that now.”

Amusing, if encouraging, gesticulations towards bonafide independence, even inspiration, aside, the one thread of Biden’s 50 years in government is clear for all to see: party fealty. In Biden parlance: the president is a Democrat, man.

But that’s enough for American millennials, and to a far greater extent Gen Z.

The Republicans have a more feces-laden brand than Sam Bankman-Fried (only in a world without Tom Wolfe would a liberal financial figure actually be named “Bank Man Fried”). And it’s justifiably so, what with the whole fielding-the-worst-president-in-American-history (Bush) and the neo-squandering-of-a-revolutionary-moment (45 and would-be 47) things, this century alone.

A low, dishonest century. Yet there is something somber about conforming to type: the young just delivered renewed power to the party of the system. Give us that shoebox apartment, the 0-1 kids, the hydroponic weed from the West Coast, and little else.

Sure, Biden waived a treacly portion of student debt. But it all seems a cheap buy-off for preserving in amber the Ways Things Are Now… you know, 2020 and on. Biden is socialism without the charm; or maybe he’s capitalism without the charm. More theatrically, as George Orwell wrote of the 22nd chancellor of Germany, “Whereas Socialism, and even capitalism in a more grudging way, have said to people ‘I offer you a good time,’ [he] has said to them ‘I offer you struggle, danger and death,’ and as a result a whole nation flings itself at his feet.”

It all must be a strange victory for a man who proudly eulogized Senator Strom Thurmond, a Southerner in, shall we say, the old mold. He did so as “a Northeastern liberal,” self-declared. Biden now is a remorselessly factional and yet politically successful president of the United States. The Southerners Biden knows, other than James Clyburn, are probably all dead. As are most people that Biden ever knew well or cared about. I come not to mock, but to mourn that. Or, as he would say: that’s a fact.

That the president’s political base regard some of their fellow Americans as Hillbilly Hutus is the payable price of long-lusted victory in the sunset years. And the tail end of it all, the life of Biden, he has gotten to realize what Carter, Clinton, and Obama never realized in office. This is not the weak, conciliatory Democratic Party of the ‘80s, ‘90s and 2000s—“The Democratic Leadership Council,” and all that jazz.

Throwback insistences that the head of the ticket had to be a white from Dixie (RIP President Mark Warner, Vice President John Edwards, and vainglorious Noughties notions) have gone the way of Blu-Ray. In recent years—the fools’ gold of 2021, the surprise victory of 2016, and the corporate Republican last stand of 2014 excepted—these Democrats are an unapologetic machine of the power elite. Even if the high school sucks, they’re the hottest girl in school. As a former TAC copy editor Mike Crumplar noted of the Biden appeal, such as it was, in early 2020: shame on you “for caring about literally anything. Biden is pure nihilism and inertia. They don’t even want your vote.”

It’s been a big year for liberals. And not the kind nine academics and their trial lawyer drinking buddies insist they still are: preserved Jeffersonians two hundred years after the Industrial Revolution. No, sir, it’s the hard stuff: a Frankenstein’s monster of state capitalism and de-Christianization, just for the hell of it.

In 2022, Putinista gesticulations toward a granted gangster alternative way of life couldn’t even make it to whatever Kherson is, let alone to Kiev.

And in America, far more valiant dissent struggled to pass the threshold in Arizona, let alone in Anaheim, or all around. The most concerning aspect for this longtime contributor, unclear what a conservative even is as he writes for The American Conservative, is the live potential for an opposition that is self-satisfied in the ghetto: “elections don’t matter,” because they’re actually rigged (contact me when mail-in voting goes away, man); minimizing the abortion count is a sellout, short of abolitionism; believing homosexuals deserve lives of dignity is tantamount to a pact with the hardliners of the trans lobby.

The good news is the worst of the RNC “autopsy” of 2012 has been averted: Republicans would appear to have a stranglehold in Florida and Ohio and are galloping toward parity regarding Hispanic voters. The bad news? They are strangely as far from power as ever.

What is to be done? It is ferociously unclear that Republicans, especially the faction complacently yet somehow smugly headed by Mitch McConnell, deserve a single sad soul’s trust. As Harvard’s Adrian Vermeule wrote: “It’s funny to see GOP types debating which candidates or issues would have made a difference, when the simplest hypothesis is that there is a critical mass of voters who will support left-liberalism on essentially theological grounds, regardless of the conditions it produces.”

So, in the short term, in that light, I’d be happy to see more Americans lose their religion.