EVER since it emerged that Aldi had released their very own White Company candle dupe, shoppers have been trying to get their hands on one.

The large Hotel Collection XXL Inclusion Candle, on sale for £24.99, is said to be based on The White Company’s Winter Indulgence Botanical Candle, which costs a whopping £95.

One lucky shopper called Maisie Smith, whose TikTok profile is @maisiemayx, managed to bag one of the sought-after home accessories and took to social media to unwrap it.

In a video to her 2000 plus followers, Maisie wrote: “Open the Aldi Christmas candle with me.”

She then showed off its beautiful design, which includes dried fruit and six wicks.

However, after Maisie had shown it to her followers, it seems they were split right down the middle as they questioned whether it was worth the money or not. 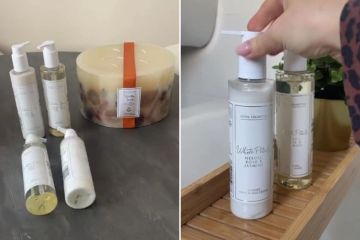 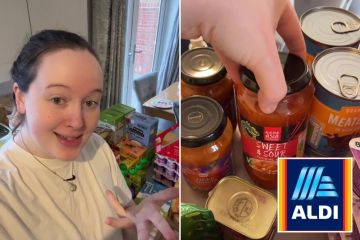 I’m a mum-of-6, here’s everything I bought in Aldi to feed a family of eight

On one hand, people said it had lived up to their expectations and that they’d highly recommend it.

One took to the comment section to say that not only does it look amazing, but it also smells great.

While another person who said that they used to work for the White Company also couldn’t speak more highly of the product.

They wrote: “I worked at The White Company for years and could never justify £95 for this, but found Aldi dupe the other day and it’s EXACTLY the same!!!! So happy.”

However, others said they’d been less than impressed with Aldi’s candle offerings in the past, and that this was no different.

One person wrote: “They are great until you light them all aldi candles are the same no scent.”

A second claimed: “I got one doesn’t smell strong and just burnt down in tunnelling vision.”

While a third said that they probably wouldn’t buy one again, as they weren’t overly impressed with the scent.

‘Did they send you a Buzzfeed quiz??’: TikToker shares ‘weird’ personality assessment from job application

World Cup Round of 16 fixtures confimed: USA and England qualify

Today24.pro
Crypto Lender Matrixport Raises Valuation to $1.5B Despite FTX Collapse One of The Greatest Britons in History - Joe Calzaghe I make $1,000 a month by promoting Amazon products on social media. It only takes 5 hours per week — here's how I set up my side hustle. ‘How many Uber drivers does it take to pick up a disabled person?’: Disabled person says 3 Uber drivers canceled on them because of their service dog