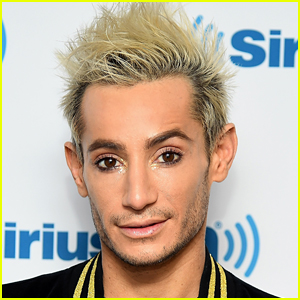 The 39-year-old social media personality and older brother of the superstar was walking on 8th avenue in midtown at around 6:30 pm local time when he was hit from behind by two suspects.

The attack happened on November 9 and he was robbed of his Louis Vuitton bag with his iPhone, AirPods, sunglasses and wallet. He endured a minor injury, People reports, but he did refuse medical attention. The teens – ages 13 and 17 – used an imitation pistol and razor blade in the attack.

“I am so thankful to be safe and healing,” Frankie wrote of the attack on his social media on Tuesday (November 15) when the news broke. “Keep shining bright and stay safe out there.”

If you didn’t see, Frankie got married just a few months ago.

Today24.pro
‘How many Uber drivers does it take to pick up a disabled person?’: Disabled person says 3 Uber drivers canceled on them because of their service dog RoboCV: stacker robot Billionaire investor Howard Marks touts a bargain boom as interest-rate fears grip markets - and predicts a surge in companies going bankrupt I make $1,000 a month by promoting Amazon products on social media. It only takes 5 hours per week — here's how I set up my side hustle.