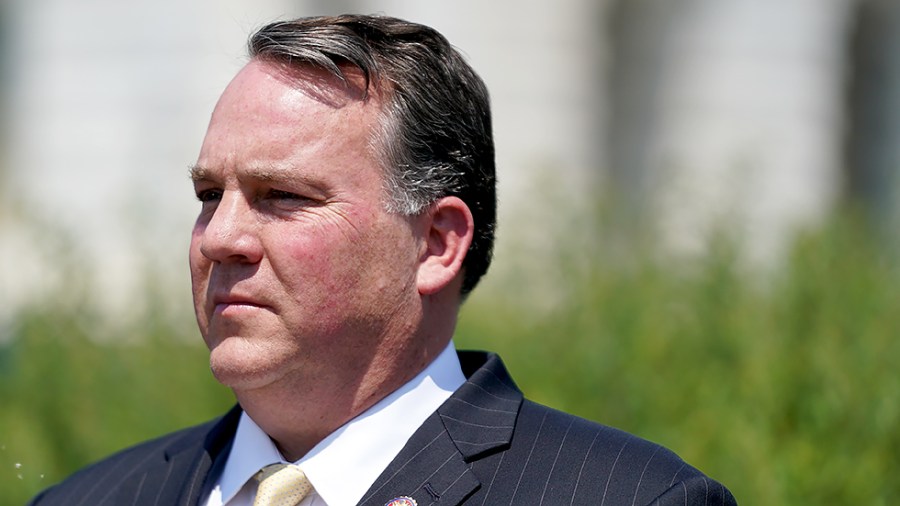 West Virginia Rep. Alex Mooney (R) announced Tuesday that he will run for Sen. Joe Manchin’s (D) seat in 2024, declaring himself “all in” and bashing Manchin as a “liberal Democrat.”

Mooney, who was just reelected to a fifth House term, is the first serious challenger to jump into what could turn into a competitive Republican primary in a state that former President Trump won with 68.6 percent of the vote in 2020.

“I’m announcing right now that I am officially running for the United States Senate for the seat that’s open in two years that Joe Manchin currently is in, and I’m all in,” Mooney told Hoppy Kercheval, the host of West Virginia MetroNews’s “Talkline.”

Mooney noted that he won 66 percent of the vote in his election last week to represent West Virginia’s 2nd Congressional District and declared, “I am not happy with the U.S. Senate results,” referring to the failure of Republicans to retake the Senate majority.

“Republicans need to take the West Virginia seat in two years for the sake of this country,” he said.

He called Manchin “the chief enabler of Joe Biden,” referring to the senator’s vote in August for a sweeping bill to set a corporate minimum tax, spend $370 billion to fight climate change and lower prescription drug costs.

“I think he’s a liberal Democrat, and West Virginia doesn’t deserve that anymore and it has to be changed,” he said.

Manchin, who turned 75 in August, hasn’t said whether we’ll run for a fourth Senate term in two years.

Morrisey would bring a big campaign war chest to any primary battle. He and his allies say they have a capacity to raise at least $12 million for a statewide primary.

That may be why Mooney wants to be first out of the gate in announcing his plans to challenge Manchin.

The West Virginia congressman, however, pointed out that Sen. Shelley Moore Capito (R-W.Va.) announced her intention to run for Senate in November of 2012 for the 2014 election.

Mooney also said he will support Trump’s bid for the White House if he announces his plans to run for the GOP presidential nomination in 2024.

“I’m very grateful to President Trump for endorsing me in my primary,” he said. “I do think West Virginia voters support him. He’s a fighter.“

“I’m supportive of Trump, obviously, he supported me and I’ll support him,” Mooney added. “I’d like to go meet with him and get his support again.”

Kercheval asked Mooney about allegations that he violated House ethics rules by taking a vacation with his family paid for by HSP Direct LLC, a company that has received money from his campaign.

Mooney dismissed the allegation as a “distraction.”

“I think the left is using attacks, raiding Mar-a-Lago and things like as a political tool now,” he said. “I run on the issues.”