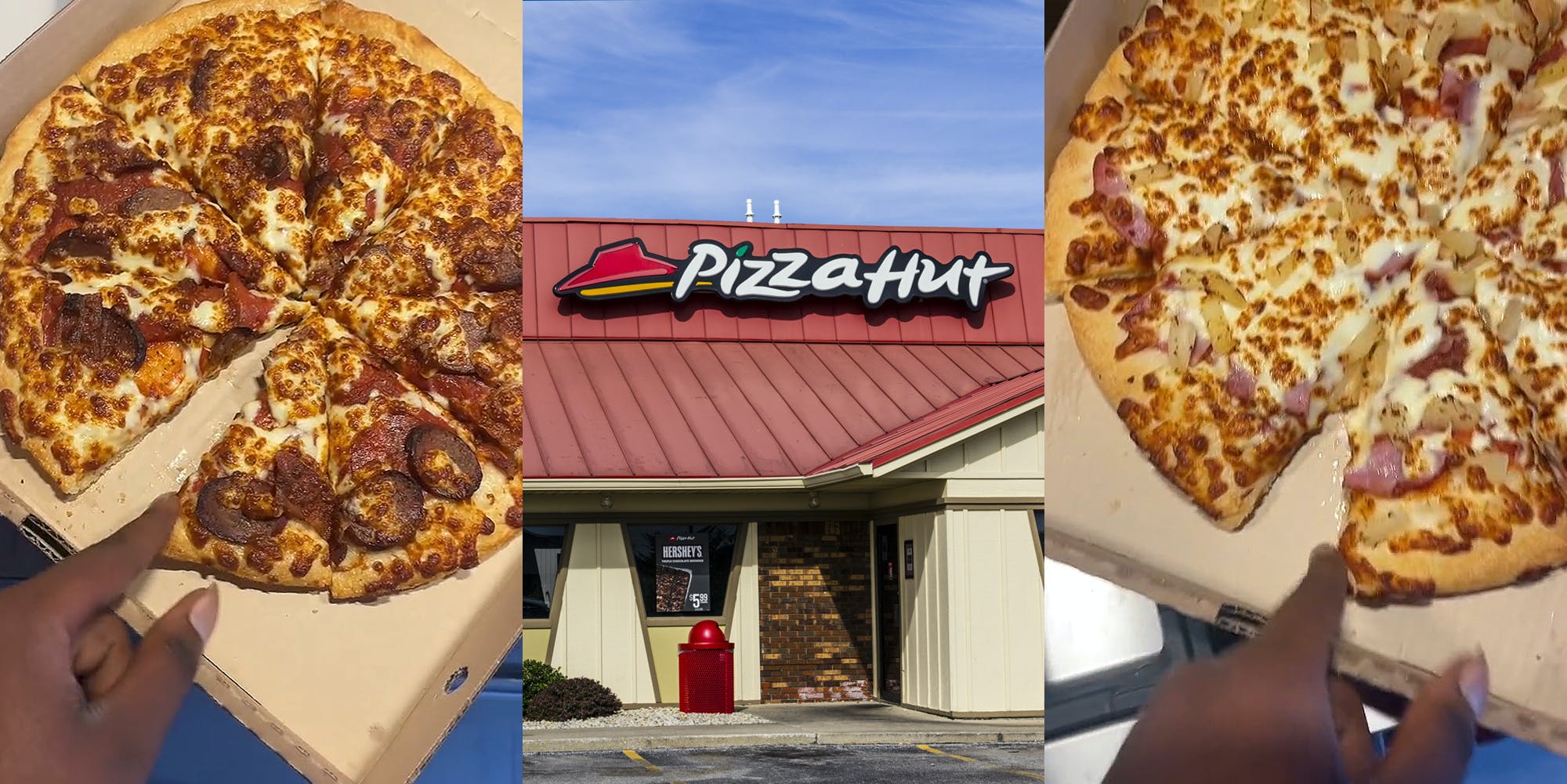 The missing pizza slice trick is one of those life hacks that probably existed for decades before the internet but suddenly got exposed to the public thanks to TikTok.

For those who haven't heard of it before, the trick is very simple, joining the ranks of minor petty crimes that a lot of people find acceptable when you're working a low-paid customer service job. Aimed at people who work at pizza restaurants, it involves strategically slicing a pizza so you can steal a segment without the customer noticing, leaving the pizza looking (supposedly) intact.

However this TikToker thinks she did notice evidence of the free pizza hack in action, sharing a video of two suspicious-looking pizzas and saying, "Why do these pizzas actually look like the employees did that trick?"

Both look as if they're missing a slice, with TikToker @k.untess writing in the caption, "called them and he said i checked the order myself and proceeded to try and blame the delivery guy. this was cut in the store bffr. if y’all got hungry back there and skimmed some just say so because wth is this."

@k.untess i called them and he said i checked the order myself and proceeded to try and blame the delivery guy. this was cut in the store bffr. if y’all got hungry back there and skimmed some just say so because wth is this #pizzahut #qualitycontrol #wtf #pizza #scammed ♬ famous last words x teenage dream - Luna Tunes

If these pizzas lost a slice to the viral TikTok pizza hack, then it probably happened at the restaurant (in this case, Pizza Hut), by whoever sliced the pizzas. However if someone just stole a couple of regular slices and then pushed the pizzas back together, then it could easily have been the delivery driver.

This TikTok attracted a lot of commentary, including from people who have noticed similar problems with their own pizzas. "I had a few like that also recently, it's the price we pay if we want tiktok I guess," wrote one, while another said, "I actually noticed this too. I think they do it on purpose to save some costs. maybe they can save 5% per pizza or something."

However @k.untess cast doubt on this explanation, replying, "But how would they be saving? ... it’s a whole round dough at the start."

"I used to deliver for Pizza Hut and the drivers always did shit like this. this is why I don't trust delivery drivers," wrote another commenter, with @k.untess replying, "I’ve had the pizzas look like this when I did in store pickup. Their night team really just sucks."

Meanwhile, some other commenters expressed disbelief about the idea that anyone would actually steal a single slice of pizza, including one person who simply wrote, "I promise the employees will deadass just make their own pizza lol."

The Daily Dot has reached out to @k.untess via TikTok comment.

The post ‘If y’all got hungry back there and skimmed some, just say so’: Customer speculates Pizza Hut workers ate some of her pizza using viral ‘hack,’ then blamed it on the delivery driver appeared first on The Daily Dot.

Today24.pro
LAMB BUTTER Will Melt in Your Mouth! Ancient Food on the Silk Road! I make $1,000 a month by promoting Amazon products on social media. It only takes 5 hours per week — here's how I set up my side hustle. One of The Greatest Britons in History - Joe Calzaghe RoboCV: stacker robot