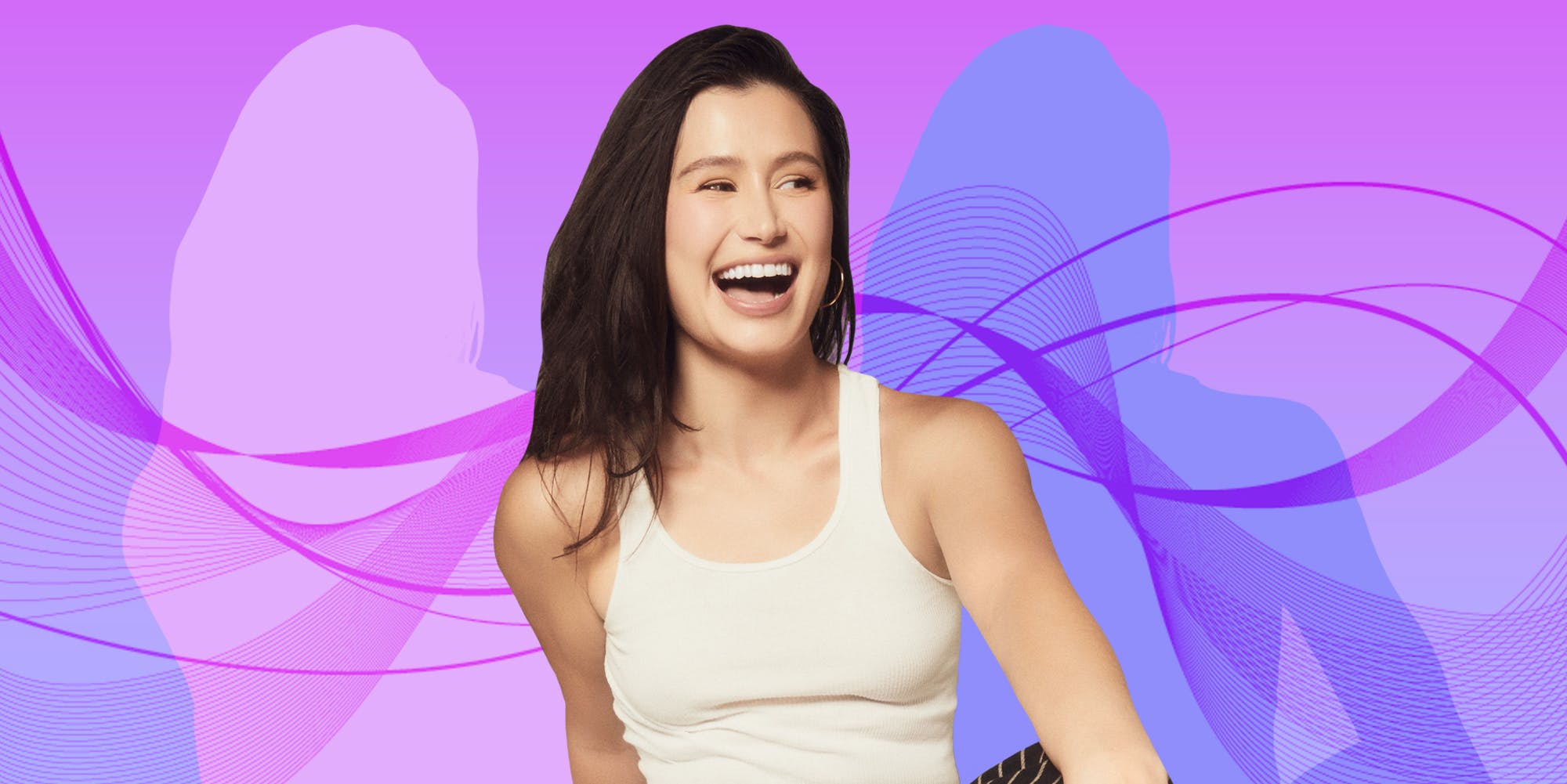 We’re reaching out to some popular creators to get their best tips and tricks for success and better understand the ups and downs of life as a trailblazer on the internet.

This week, we spoke with TikToker, actress, and comedian Delaney Rowe (@delaneysayshello). As of Nov. 15, Rowe has over 1.1 million followers on TikTok, and another 183,000 followers on Instagram. Rowe started on TikTok in 2020 and soon became popular for her comedy skits and relatable humor.

Rowe’s comedy often touches on relationships, poking fun at “fake humble” friends or friends who will “talk shit about anything.” Rowe also jokes about herself, covering topics like “when you’re trying to drink less” or her dating experiences. You may also recognize Rowe for her funny characters, like the “girl in every movie who’s good with cars.”

Rowe’s viral videos have earned her brand partnerships with notable companies, including Abercrombie, Smashbox, and Sunday Riley. Rowe’s career success as a creator also grew alongside her acting career; Rowe wrote for and acted in multiple short films, and, in 2022, Rowe worked on the comedy film The List, alongside notable co-stars like Halston Sage, Lucy DeVito, and Christian Navarro.

In an interview with Passionfruit, Rowe shared her insight on coming up with video ideas, posting schedules, analytics, brand deals, low-fi video editing, playing multiple characters in videos, staying in touch with fans, growing an engaged audience, and more.

What strategies do you use to come up with video ideas?

So many different strategies at this point. I will watch my old favorite movies, listen to podcasts, and watch YouTubers. I’m looking for something that stands out to me, like a mannerism or a ridiculous thing someone says that can translate into a good joke. You know when you see someone and you’re thinking, “How has no one roasted you for this?” That’s what I’m looking for. But by far, the only way I can guarantee walking away with an idea is by having a night out with friends. I live in Los Angeles. I’m surrounded by ridiculous people. The material is endless.

I try to post three to five times a week. I mean, five is RARE. But if I’ve hit three I feel like that is consistent enough to keep my followers from forgetting about me. Also, the material suffers if I spread myself too thin. I try not to post for the sake of posting anymore. I always hate myself after doing that, and I never post on the weekends anymore. I won’t even open the app on the weekends because it stresses me out to see all these funny people making videos when I’m not making videos. It’s like, come ON Trevor Wallace [a popular TikToker]. Give me a SECOND to catch up. So come Monday morning, I’ll open it up, look at everything I’ve missed and try to stay relevant!

What are the most important metrics you use in measuring the “success” of your content?

I used to be all about the numbers. Needing EVERY video to hit a million. Now I’ve relaxed about that because the obsession is so unsustainable and death to creativity. If something gets over 200k views, that’s a successful video to me. That’s a lot of views! I’m also looking at the ratio of views to engagement. Being on the app for almost two years now, my engagement has become very strong because my fan base is super incredible. Also, if I’m obsessed with something I’ve made, then that’s a successful video, even if it bombs (but I’m obviously thinking, “Wait why did this bomb? Am I not funny?” Should I delete this?”)

What challenges did you face when starting out with brand partnerships and campaigns, and what advice do you have for young creators facing those same struggles?

I'm consistently challenged by the creative briefs and timelines provided by brands. *Said in Carrie Bradshaw cadence* I couldn’t help but wonder, am I… difficult? But actually, I think it’s because I write all of my own content from scratch, so it confuses me when brands come in with a preset idea that I have to fold my writing into. I think the best brands are those that trust the creator. Also, having due dates is hell for me. It feels like school all over again. I was a terrible student. Remarkably, I graduated from college, BUT my advice would be to get a manager or an agent to make your brand deals for you. When brands go directly to the creator, you can end up getting screwed.

These days, what factors do you consider when picking brand deals to move forward with?

Now we look for brands that give me *nearly* full creative control and a realistic timeline. Additionally, I’m looking for brands I take seriously. Brands I’m proud of. I don’t want to look back and be like, “Why did I do a video about low-calorie popcorn that I don’t even eat?” I want to feel like what I’m promoting is worth it. I never want to cringe.

What is your favorite tool for making videos?

I shoot in the TikTok app. I honestly feel like it’s the most accessible editor available. It screws you over on the back end though. Getting rid of the watermark is a nightmare. But the creation process is so easy and I’m always looking for easy. I’m geriatric with technology. The more options/steps something has, the less likely I am to use it (this is something I would make a TikTok about, but I know it’s a cliche to be bad at tech in 2022. I know. I just want you to know that I know). I also like the low-fi look. Overly-produced videos have never been my thing.

What do you wish you knew when you were first buying tools to help make your videos?

To use what you already have. Be more creative. It’s funnier that way. My friend and incredible creator, Johnny Berchtold, is amazing at this. I’ve seen him use a pumpkin as a basketball, a book as a phone, and sharpies as cigarettes. He gets it. His stuff is so good. Can we just talk about Johnny all day? Can we get Johnny over here?

What’s one trend you’re paying attention to in the creator space?

I’m not sure if we’d call this a trend as much as, like, a “form” but I’m really into using myself as multiple people in the same video. I think it’s so much fun. Also, you never have to bother other people to make a video with you! You never have to have friends!

What’s one thing you do to stay in touch with your fans?

I respond to nearly every comment. I absolutely love it. We joke together, we make fun of each other, sometimes we flirt. My fans are so much funnier than me. They will comment a joke and I’ll be like, “I cannot believe I didn’t think of that. In fact, now I’m upset.”

Do you have any tips for other creators hoping to grow their audience online?

Post as much as you can. Something will hit. And then pay attention to the thing that hits and do more of that. It’s important to branch out into other formats and challenge yourself, but don’t forget the thing that people followed you for. I think the formula is: make one for you, and then one for them. Repeat. Bono said that. Or George Clooney. Yeah, I think it was Clooney.

Thank you, Delaney, for chatting with us!

We’re looking to talk with popular creators on any platform or in any niche. Email grace.stanley@passionfru.it. for a chance to get featured in an upcoming newsletter.

The post Comedian Delaney Rowe breaks down her TikTok success appeared first on The Daily Dot.