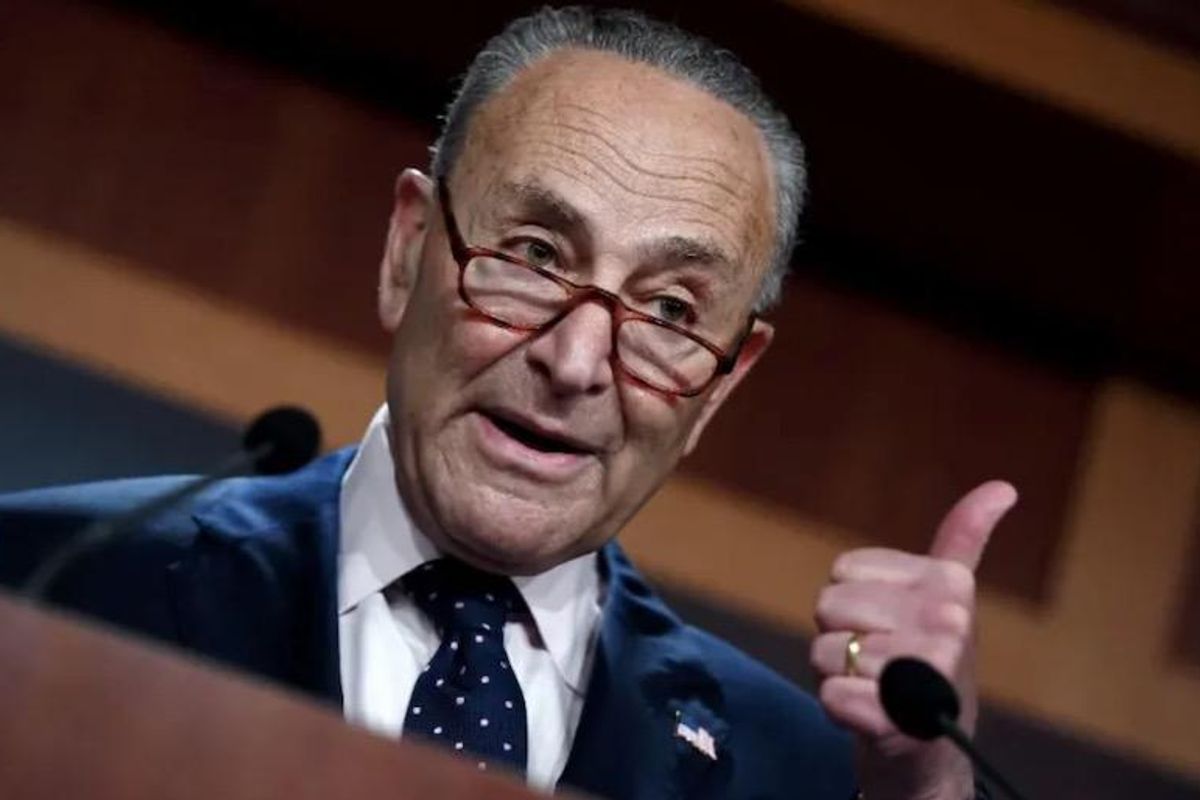 Democrats and Republicans working to pass a limited same-sex marriage protection bill say they have enough votes to avoid a 60-vote filibuster. Senate Majority Leader Chuck Schumer has announced the legislation will hit the floor Wednesday.

“We have the votes” to overcome a filibuster on the Senate's same-sex marriage protection bill, a "source close to negotiations" told HuffPost Monday.

Despite the U.S. Supreme Court striking down bans on same-sex marriage in its landmark 2015 Obergefell v. Hodges ruling, 35 states still have marriage equality bans "in their constitutions, state law, or both," according to a Pew Charitable Trusts' Stateline report in July.

Supporters of same-sex marriage want the Senate to act quickly, given U.S. Supreme Court Justice Clarence Thomas has encouraged marriage equality opponents to bring cases that could allow the Court to strike down its ruling in Obergefell. As many Americans learned this summer when the Court struck down its 49-year old ruling in Roe v. Wade, laws that remain on the books can go back into effect immediately.

Contrary to some reports, however, the legislation does not "codify" Obergefell.

It also repeals DOMA, the Defense of Marriage Act of 1996 that originally banned the federal government from recognizing same-sex marriages. The U.S. Supreme Court struck down that portion in 2013, in the famous United States v. Windsor case brought by LGBTQ hero Edie Windsor.

Democrats want to pass the Respect for Marriage Act before the next Congress, especially if Republicans win the House majority. A House version passed with nearly four dozen GOP votes this past summer, although 157 Republicans voted against it.

Several Senate Republicans still oppose the bill, with one, Marco Rubio of Florida, having called it a "stupid waste of time."

“Is there a single case about it?" he asked, according to NBC News' Thorpe. "I'm not not answering questions that are about hypotheticals that are just Pelosi trying to divide America with culture wars. I think it’s just the same bullshit. She's not an adult.”

Nearly half the GOP Senate caucus refused to even respond to CNN's polling this summer.

Some Republicans seemed more likely to support the bill after Democrats added an amendment stating the legislation does not legalize polygamy, which Republicans have historically falsely equated with same-sex marriage. The bill also does not restrict religious rights.

The amendment, according to Senator Baldwin, protects "all religious liberty and conscience protections available under the Constitution or Federal law, including but not limited to the Religious Freedom Restoration Act, and prevents this bill from being used to diminish or repeal any such protection."

It also "Confirms that non-profit religious organizations will not be required to provide any services, facilities, or goods for the solemnization or celebration of a marriage."

Mia Hansen-Løve’s One Fine Morning Is a Quiet, Sturdy Portrait of a Woman Who Has Lost Her Way

An inflation of hopelessness