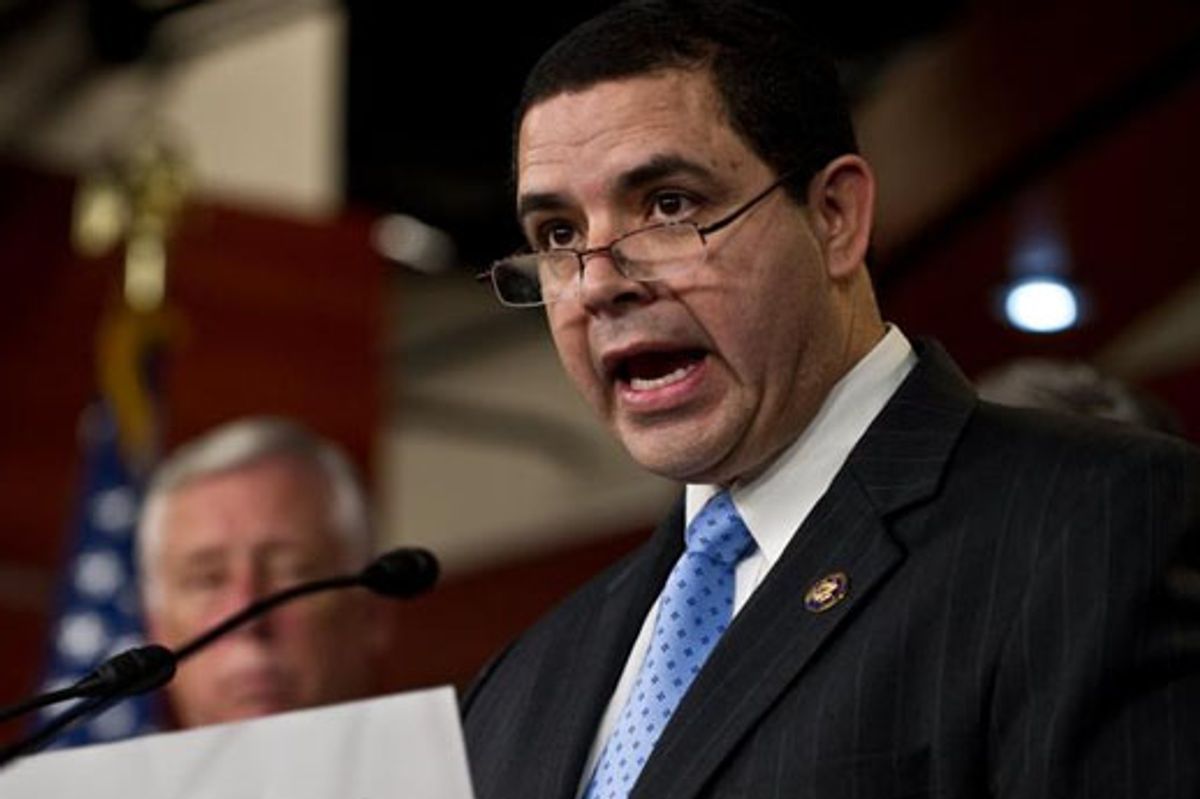 WASHINGTON — Texas Democrat Rep. Henry Cuellar is regarded as one of the most conservative members of the party, but he revealed on Tuesday that Republicans were trying to take advantage of that.

Speaking to the press, he mentioned that he was approached by "one member, a couple of folks on K Street, [and a] former member from" who tried to get him to flip to the GOP. "K Street" is a reference to a lobbyist, as many of the lobbying offices and firms are located on K Street in Washington, D.C.

After failing to garner the "Red Wave" they were promising, Republicans appear to be looking for other ways to secure their power.

Reporters asked Cuellar what his price was to do it, but he explained that this was something that Republicans have been asking him to do for years, even as far back as when he was serving in the Texas state legislature.

IN OTHER NEWS: Ex-Trump aide says his 2024 announcement this early is 'a sign of weakness'

He was asked if they offered him a chairmanship for a committee, but he said it wasn't on the table.

"They see me as a moderate Democrat so they probably think it's something," he said. "But no."

Return our donations or we will sue, FTX warns politicians