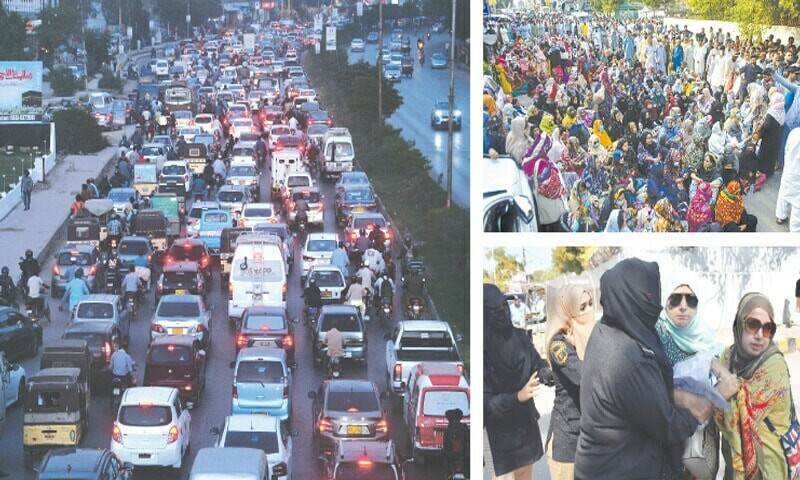 The Health Department of Sindh clarified on Tuesday that neither the army nor the rangers had been called in the light of protests and strikes being carried out by the Grand Health Alliance (GHA).

In October, the health department withdrew Covid-19 risk allowance on the grounds that the pandemic no longer posed a threat to the population. Subsequently, doctors, nurses and paramedics, under the GDA umbrella, had boycotted all outpatient services except that of emergency care, causing difficulties for patients across the province.

Last week, three patients died at the National Institute of Child Health (NICH) as healthcare providers under the umbrella of GHA continued their boycott.

Their protest and plans to march towards the Chief Minister’s House had also led to road closures, causing inconvenience to commuters.

However, Provincial Health Minister Dr Azra Afzal Pechuho’s Public Relation Officer (PRO) Mehar Khursheed issued a clarification today, saying that contrary to what was reported by a TV channel, the authorities had not approached the army and rangers for security purpose, labelling claims in this regard as “fake news”.

“I have spoken to JPMC as well,” the PRO said. “The only conversation they had with the rangers was the rangers offering them the doctors that are part of the rangers’ unit so that the JPMC emergency keeps functioning despite the strike.”

Earlier this week, a senior health official had warned the provincial government of increased mortality and morbidity risk in communities in the wake of the ongoing strike of healthcare providers.

The Karachi police had also detained at least 25 females after using water cannons and manhandling health care providers when they were marching towards the Sindh Chief Minister’s House.