DANNIELLA Westbrook has vowed to never appear on a soap opera again, even if she was asked by producers.

The former EastEnders actress first appeared as Sam Mitchell in July of 1990 before departing and returning several times due to her tumultuous personal life.

But in an exclusive interview with The Sun, Danniella reveals that her experience has turned her off for good and she will never again return to any serial drama, even if begged by execs.

The 49-year-old star explained: “I don’t want to go back to the soap.

“I wouldn’t go back to a soap if any of the soaps asked me and offered me a job, I wouldn’t take it today, [as it] is not where I want to be.

Not that I’m better than working on a soap. I’m not I’ve just had that period in my life, I’ve gone into a new chapter”. 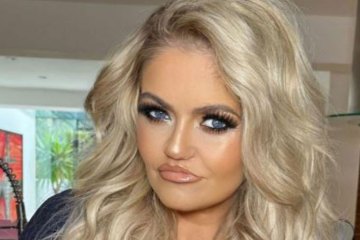 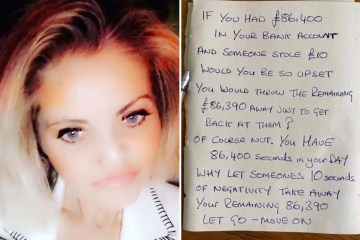 Danniella Westbrook posts cryptic message about ‘people stealing from her’

Danniella become a star from playing the long-running character of Sam Mitchell, but her personal and mental health troubles meant that the part was eventually recast.

Actress, Kim Metcalf was first cast to take over the role in 2002 and recently made a return to the BBC soap in April of 2022.

The former Celebrity Big Brother star caused controversy for soap fans as she slammed the BBC over Kim’s recent comeback to The Square.

But now, the former I’m A Celeb campmate reveals she no longer feels sentimental over the long-running role, as it was simply a paid gig.

She exclusively told The Sun: “I’ve done it. And I will always be saying whatever soap, people always say about Sam Mitchell, whether it’s me or it’s Kim, it doesn’t matter. She’s just a character.

It’s just a job. So the answer is I think Kim does a great job. A great, great job. You know, I think she really does … I feel for her, it’s difficult. But for me, I don’t want to work on a soap anymore.”

Meanwhile The actress is preparing to make her acting comeback on the new adult pantomime, Sinderfella, in which she stars alongside former Big Brother star Simon Gross.

This would be her first drama role in six years as she throws herself into an ‘adult panto’ in London’s West End, where she is set to play the role of Fairy Godmother.

She told The Sun: “I want to get back to being an actor.”

Daniella added: “It’s good to be back around people that are actors. You know. I wanted to come back, doing a job that I’m wanting to do, which is great for me. So I’m really grateful to do that.”

Today24.pro
The Darkest Secret and Tragedy of Edwin Valero Five ways struggling families can get free cash to help pay for food this Christmas Best Android app 2022 – Google reveals top pick for the year and it’s totally free In the age of megachurches, communion has become a big business