PREGNANT Stacey Dooley looked amazing as she revealed her growing baby bump in a chic LBD.

The broadcaster and documentary-maker, 35, stepped out in a slim-fit black dress complete with a slit at the chest.

Pregnant Stacey Dooley looked glam as she stepped out in London in a chic LBD[/caption] The documentary-maker, 35, announced she is expecting her first child in August[/caption]

Back in August, Stacey revealed she was pregnant with her first child.

And the Strictly Come Dancing 2018 champion proved she has nailed maternity dressing in the sexy yet sophisticated frock, which she paired with black point shoes.

Stacey slung a black handbag over her shoulders and styled her auburn locks into a poker-straight bob for her night out at a recording of Michael McIntyre’s The Big Show.

The TV presenter – who has been dating Strictly Come Dancing star Kevin Clifton since they met on the show in 2018 – revealed the exciting news to her social media fans. 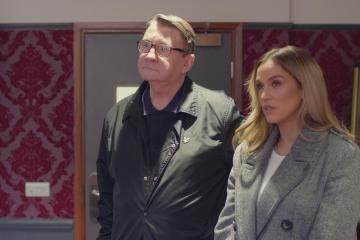 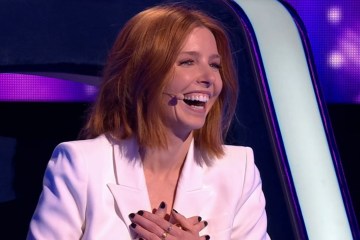 Stacey posted a photo of her blossoming baby bump on Instagram as she announced her pregnancy.

The star could be seen pulling her top up and cradling her belly with her hands, smiling wide in the Polaroid snap.

“We are having a baby!” she wrote under the photo. “So bloody delighted. Kev, you’re magic. I love you.

“Was becoming impossible to hide and if one more person asks me if I’ve had my t*ts done in LA I’m gonna scream. Here goes.”

Her long-term boyfriend Kevin was the first to react in the comments section, gushing back to his girlfriend: “Love you.”

Stacey and professional dancer Kevin, 39, have been together since they were partnered on Strictly Come Dancing in 2018.

They moved into a stunning new home in 2020 and have been gradually renovating it in a minimalist Scandi style.

The pregnancy marks the first child for the couple – who have continued to fuel engagement rumours in recent months.

Walking backwards has a surprising number of health benefits

Juancho Hernangomez, Thaddeus Young and the moment of ultimate opportunity

Leeds United Chat • Re: What is the point of 49ers Enterprises?