ASDA has joined Lidl in placing a limit on how many eggs customers can buy.

Other supermarkets across the country are experiencing shortages of the key ingredient with shoppers facing empty shelves.

Asda shoppers in Coryton, Wales, have spotted signs in the aisles limiting the number of eggs people can buy, Wales Online reports

Asda confirmed to The Sun that shoppers can only purchase two packs of eggs each at all its 630 stores across the country.

It comes after The Sun exclusively revealed that Britain’s biggest supermarkets were bracing for egg rationing due to supply issues partly because of an outbreak of bird flu.

Shoppers have spotted signs at one Lidl store warning customers they can only buy three each. 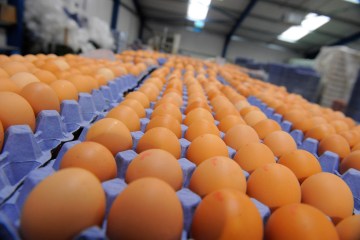 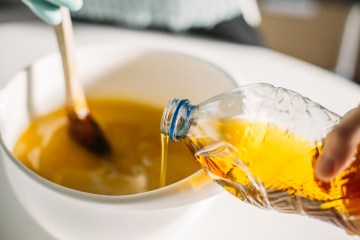 The Lidl notice reads: “Let’s keep enough for everyone.

“Eggs are limited to three units per customer to ensure that everyone has the essentials they need.”

Meanwhile Tesco and Sainsbury’s has warned customers that they are having supply issues.

Shoppers have spotted empty spaces where eggs would normally be at the shops, and at Aldi too.

Pub chain Wetherspoons has also been hit by shortages and is offering customers alternative items instead.

Andrew Opie, director of food and sustainability at the British Retail Consortium which represents supermarkets, told The Sun: “While avian flu has disrupted the supply of some egg ranges, retailers are experts at managing supply chains and are working hard to minimise impact on customers.

“Some stores have introduced temporary limits on the number of boxes customers can buy to ensure availability for everyone.”

The shortage of eggs has been partly caused by another outbreak of avian flu but also a delayed knock-on impact from millions of birds dying during the summer’s heatwave.

Here’s the full list of of supermarkets warning of shortages and setting limits.

Asda told The Sun it has had limits in place for a few weeks due to shortages.

The supermarket has confirmed that the two packs per customer limit are in place across all its more than 600 stores.

Notices posted on shelves in stores say the limit is due to low availability and encourage shoppers to make sure there is “enough to go around”.

Lidl is also rationing eggs in some stores to just three units per person while they also navigate supply issues.

We have asked how many stores are enforcing these limits and will update this article when we hear back.

Shoppers have complained on social media of empty shelves in stores where it appears that limits have not been imposed.

One Facebook user said: “Come on Lidl. Sort it out. You expect to be able to buy staples like eggs in the middle of the day. No pasta either. Poor.”

Another wrote: “I’ve just been to lidl and there wasn’t a single egg to be had. Have I missed something?”

Sainsbury’s has not yet brought in a limit on egg boxes but has put up notices warning of supply issues.

People on social media have shared images of empty shelves with the signs on them.

One wrote: “What’s up with the price/lack of eggs? #EggShortage”

We’ve asked Sainsbury’s how many stores are affected, and if it plans to bring in any rationing, and will update this story when we hear back.

Shoppers have complained on Twitter and Facebook that they are unable to buy eggs at their local stores.

Photos shared show lots of empty shelves with out of stock signs.

One woman on Facebook said: “What’s happened to all of the eggs? Aldi or Tesco have none.”

While Twitter user wrote: “Tonight absolutely none left in our Tesco. #EggShortage”

We have asked Tesco if it plans to bring in rationing and will let you know when we hear back.

Shoppers in Aldi have experienced the same issue of shortage on shelves in some stores.

One Facebook user posted: “No eggs in Aldi! How weird is that?”

There were lots of comments from other shoppers saying they had experienced the same issues.

One said: “I went on Monday and they didn’t have any then.”

Another wrote: “None in Huddersfield either.”

We have reached out to Aldi for more information and asked if it plans to bring in any rationing.

Waitrose told The Sun that it is not experiencing any egg supply problems but is continuing to monitor the situation.

We have asked M&S if it is having any problems getting eggs into stores and if it will be placing limits on how many people can buy and will update this story when we hear back.

Co-op confirmed to The Sun that it is not rationing any purchases.

We’ve asked if it’s experiencing any supply issues and will update when we hear back.

Some shoppers said the supermarket didn’t appear to be having problems, with several people on Facebook saying it was the only place they could get any.

But another customer said they bought up the last eggs on the shelf after scouring several shops.

They wrote: “What on earth is going on with the egg situation?

“Been Aldi, Lidl, Tesco, Spar and finally got the last 2 boxes of eggs in the Co-op on Kingsway!”

Morrisons is not rationing eggs and told The Sun it is not experiencing any major supply issues.

Today24.pro
In the age of megachurches, communion has become a big business The Darkest Secret and Tragedy of Edwin Valero Why the power grid is an 'attractive target' for domestic terrorists: report Anthony Joshua returns to America in search of new coach ahead of boxing return and links up with trainer Virgil Hunter