TUNISIA are scheduled to take on Australia in their second 2022 Qatar World Cup encounter.

The Carthage Eagles landed a spot in football’s biggest cup competition by scraping past African rivals Mali over two legs.

And they’ll be determined to at least go one step further than their 2018 campaign which saw them finish third behind Belgium and England in Group G.

However, the Aussie’s fourth place group finish during the Russian World Cup edition could spur them on in the same manor as Tunisia.

But the Socceroos haven’t managed to secure a World Cup knock-out spot since 2006.

What time does Tunisia vs Australia kick off? 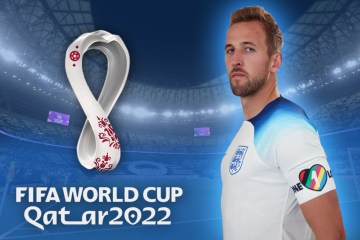 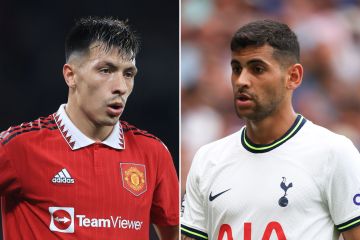 What TV channel is Tunisia vs Australia on and can it be live streamed?

Can I watch Tunisia vs Australia for FREE?

Yes! Tunisia’s Group D clash against Australia can be watched for FREE in the UK so long as you have a valid TV license.

Republicans are blaming Biden for letting a suspected Chinese spy balloon cross into the US. It happened 3 times during the Trump administration, officials say.

Today24.pro
The Bermuda Triangle Explained The Colors of the Desert - The Yellow Sahara Nature Documentary The Sad Death Of Lisa Loring, The Original Wednesday Addams Things Discovered By Accident