IT was a stomach-churning return to Good Morning Britain for Richard Arnold today as he came close to throwing his guts up live on air.

The show’s entertainment editor, 52, was forced to chug a cocktail of blended offal in an I’m A Celebrity themed challenge following a two-week holiday.

The Retch for the Stars challenge saw Richard answer five questions before tackling the potent blend of liver, heart and kidney.

Dickie gave it a good go, emptying his martini glass in no time as hosts Susanna Reid and Richard Madeley watched on.

But as he stood up behind the desk, he struggled to keep the gross drink down and rushed to hold an Aussie-style cork hat to his mouth in case he was sick.

Viewers revelled in the chaos, with one writing on Twitter: “Seeing Richard Arnold with all sick round his Face is hilarious.” 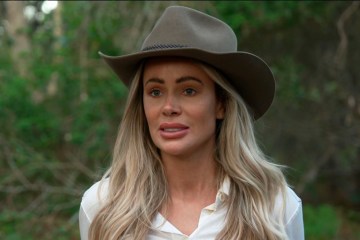 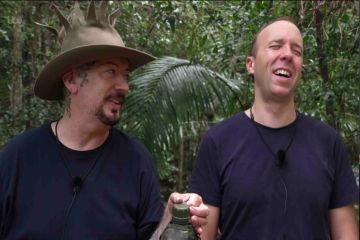 Another posted: “It was good to see Richard Arnold to puke live on TV, that will p**s off the veggie vegans!”

Richard made his feelings about the drink clear, telling all within earshot: “Oh it’s disgusting…”

Richard responded: “I love this company’s duty of care.”

Today24.pro
Billionaire investor Howard Marks touts a bargain boom as interest-rate fears grip markets - and predicts a surge in companies going bankrupt RoboCV: stacker robot ‘How many Uber drivers does it take to pick up a disabled person?’: Disabled person says 3 Uber drivers canceled on them because of their service dog I make $1,000 a month by promoting Amazon products on social media. It only takes 5 hours per week — here's how I set up my side hustle.