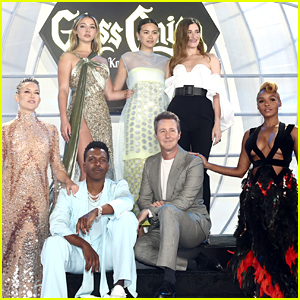 The stars of Glass Onion: A Knives Out Mystery stepped out in style for the film’s L.A. premiere, though star Daniel Craig was not in attendance.

Also in attendance was the film’s writer and director Rian Johnson.

Edward was joined on the carpet by his wife Shauna Robertson while Kate also had some special guests alongside her.

Watch the trailer for the upcoming film. It will be hitting theaters for one week only on November 23 and will then be available to stream one month later on Netflix.

Why 'Harry and Meghan' critics are already wrong