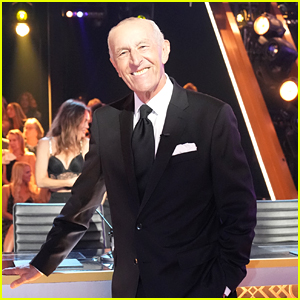 The longtime head judge of Dancing With the Stars, Len Goodman, has announced that he will be leaving the show at the end of the current 31st season.

The 78-year-old TV personality and pro dancer made the announcement during the live episode on Monday (November 14), one week ahead of the season finale.

“This will be my last season judging on Dancing With the Stars,” Len announced halfway into the episode. “I’ve been with the show since it started in 2005 and it has been a huge pleasure to be part of such a wonderful show. But I’ve decided I’d like to spend more time with my grandchildren and my family back in England. I couldn’t thank you enough, the Dancing With the Stars family, it has been such a wonderful experience for me and I’m looking forward so much to next week’s finale. I’m sure it’s going to be absolutely brilliant.”

There was another big announcement about a cast member tonight!

'Downton Shabby': US producer quits Hollywood to do up UK family pile

Elon Musk is bringing in new faces for Twitter 2.0 — including his cousins and Bari Weiss

Today24.pro
Marin commercial property sales sapped by interest rate hikes Portuguese artist Santiago Ribeiro exhibit in Moscow Sam Bankman-Fried could face extradition from the Bahamas to the US: Here's how, legal experts explain Anthony Joshua returns to America in search of new coach ahead of boxing return and links up with trainer Virgil Hunter