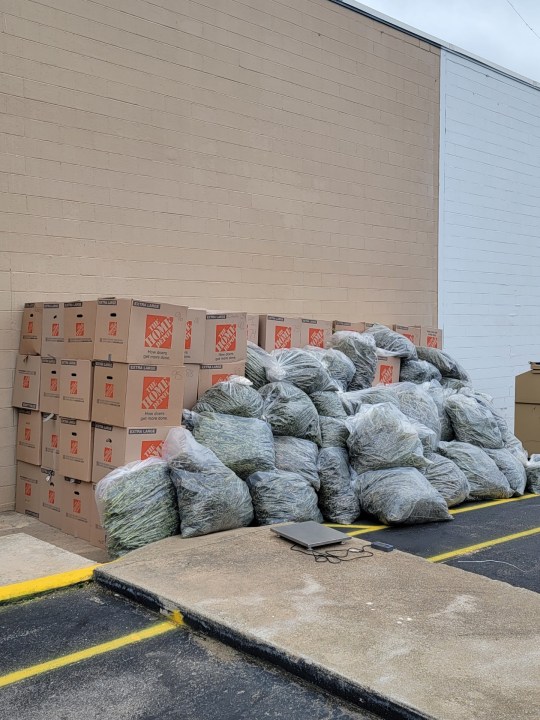 SEMINOLE, Okla. (KFOR) – Two men have been arrested for allegedly being involved in the biggest marijuana bust in Seminole Police Department’s history.

It all started with a simple traffic violation on a U-Haul truck.

Seminole Police said Ger and Lee Xiong are facing charges after officers said they busted them with more than 1,700 lbs. of illegal marijuana.

Officers saw the two suspects in a U-Haul near 4th and Broadway with a broken license plate light.

After the officer pulled them over, police sent in the K9 to sniff out the back of the truck.

“He could smell the weed prior to that point,” said Detective Christopher Ayers, with Seminole PD.

Two killed after crashing into deer in Pittsburg County

However, before the moment of truth, one of the suspects came clean.

Suspect: “We do have marijuana in there.”

Officer: "There is marijuana in here?”

Officer: “You got a license?”

When the officer lifted the door, they found 107 boxes of bud that would go for about $1.3 million on the black market.

“Every one of these boxes full?” said one Seminole officer on body camera footage. “I can smell it right now! That’s a lot of pot!”

Instead of hitting the streets, it all went to the Seminole Police Department.

“We did everything outside, and we got a call from the fire department asking how, why we had so much weed in the building and we hadn't brought it inside yet,” said Detective Ayers.

Even after several days, the smell still lingers the Seminole Police Department.

“This is the biggest amount of marijuana we’ve had,” said the detective.

Now, the Oklahoma Bureau of Narcotics is taking over the investigation to figure out who the men worked for and where the weed was going.

One of the suspects is also facing impersonation charges for giving officers a fake ID.

Today24.pro
The Darkest Secret and Tragedy of Edwin Valero Anthony Joshua returns to America in search of new coach ahead of boxing return and links up with trainer Virgil Hunter Hans Niemann in the sole lead at the 3rd El Llobregat Open In the age of megachurches, communion has become a big business