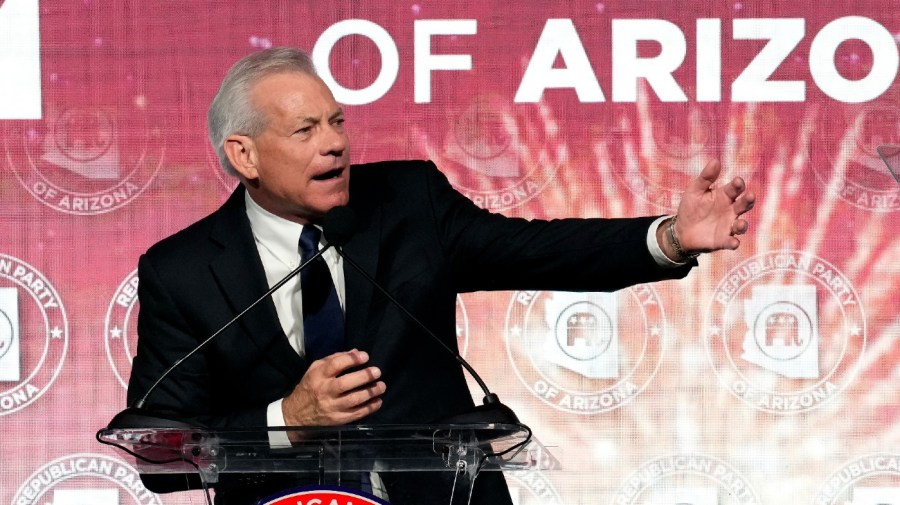 Republicans inched closer to a House majority on Monday, claiming two seats in Arizona while Democrats won a hotly-contested race in Oregon.

With the two Arizona districts, Republicans control 214 seats while Democrats have 206, leaving Republicans with four more seats before they can declare a majority. About a dozen House races remain to be called.

The Arizona results are sure to be a relief to Republicans and a blow to Democrats’ slim hopes of a surprise victory in the House. Democrats had been eyeing the 1st District in Arizona all week as a pickup opportunity as the race remained tight and they had hoped to keep the newly drawn 6th District, which includes much of what used to be Democratically-held 2nd District, out of GOP hands.

Oregon, on the other hand, saw Democrats claim a newly drawn seat as Salinas, who has served in the Oregon state House since 2017, defeated Republican businessman Mike Erickson. The 6th District sits southwest of Portland and was created following the 2020 census.

In Arizona, Schweikert defeated Democrat Javin Hodge to earn his seventh term in the House in a newly drawn 1st District, which includes Scottsdale and parts of Phoenix.

Schweikert, who was first elected to the House in 2010, faced a tougher reelection battle this campaign cycle after his district went from favoring former President Trump by 4 points to one President Biden would have won by 1 point in 2020.

Rep. Ann Kirkpatrick (D-Ariz.), who did not run for re-election, currently represents most of the new district that was drawn more friendly to Republicans, and Ciscomani had received millions of dollars in funding from the House GOP’s campaign arm and other national Republican groups.

Today24.pro
RoboCV: stacker robot I make $1,000 a month by promoting Amazon products on social media. It only takes 5 hours per week — here's how I set up my side hustle. Billionaire investor Howard Marks touts a bargain boom as interest-rate fears grip markets - and predicts a surge in companies going bankrupt One of The Greatest Britons in History - Joe Calzaghe