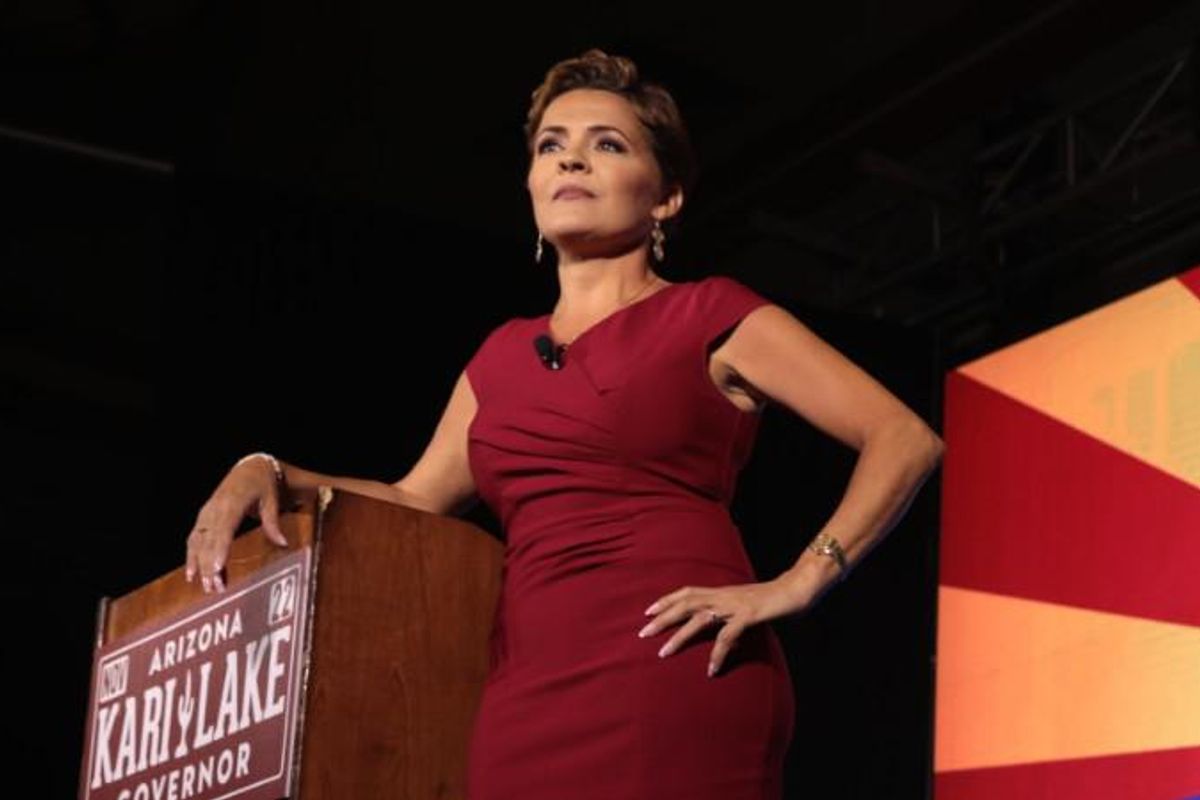 Far-right, election-denying firebrand Kari Lake has lost her race to be the governor of Arizona, according to projections from NBC and CNN.

Lake was facing off against Democratic Secretary of State Katie Hobbs, who fought in the 2020 election to follow the law and ensure every vote was counted. Despite her efforts, the Arizona Republicans still voted to bring on the Cyber Ninjas to prove that the 2020 election was fraudulent. In fact, they proved that President Joe Biden obtained more votes than initially calculated.

Lake has spent nearly a week fighting the results of the election, declaring many times that she would win regardless of what the results brought. While the election was very close, Hobbs still prevailed.

Toward the end of the election, polls were showing the candidates neck and neck with Hobbs having a one-point edge.

"Democrat Katie Hobbs (49%) and Republican Kari Lake (48%) are well-matched in Arizona’s gubernatorial contest among those who say they definitely plan to vote in this year’s election," said the last Marist poll in the race. "However, Lake had a 3-point edge against Hobbs (49% to 46%) in September, marking a 4-point shift in support. Among registered voters statewide, Hobbs receives 48% to 47% for Lake. One point separated the two candidates earlier in the fall (46% for Lake to 45% for Hobbs) among the statewide electorate."

By the beginning of November, a whopping 56% of Arizona voters say they already voted by mail. An increasing number of voters have been casting their ballots by mail in Arizona over the past several elections.

The Arizona Republica explained that the votes might not have final results on election night if races are super close and a huge number of people dropped off ballots on the day before or on Election Day.

In Pennsylvania, the law states that no votes can be counted until polls close on Election Day, even if they came in weeks ahead of time. It causes a disaster there with results taking a very long time to calculate. That is not the case in Arizona.

According to the Arizona Republic, "the first votes tallied, according to state law, are those cast early that arrive before Tuesday."

It's unclear whether Lake will accept the results of the election and concede, or if she'll continue to fight for recounts or other attempts to change the election results.

Self-Exclusion and the Wounds of Sin: A Response to Cardinal Robert McElroy