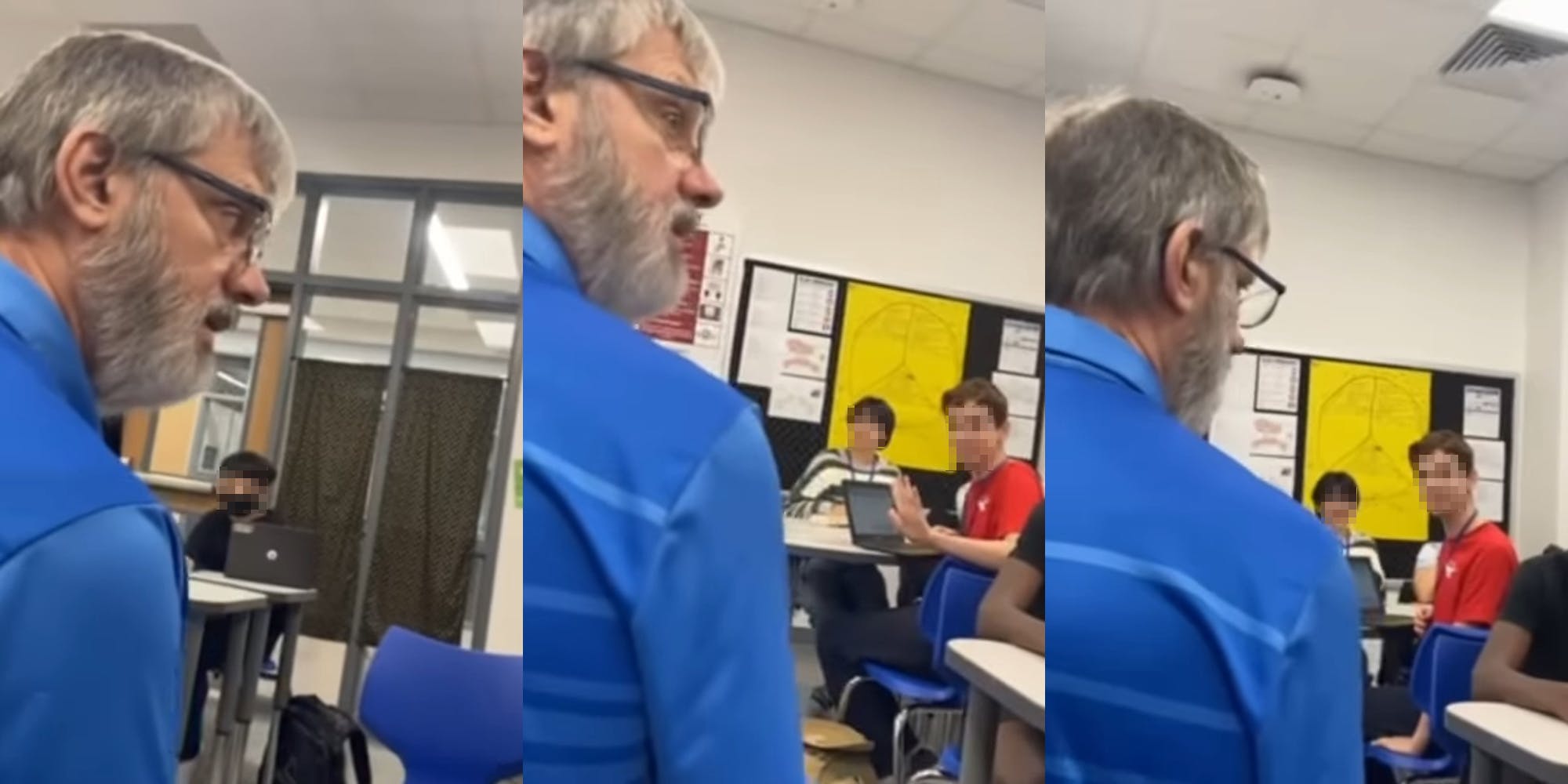 A white teacher tells a group of Black students that he thinks his "race is the superior one" in a viral video shared to Instagram.

In a video filmed last week at Bohls Middle School in Pflugerville, Texas, a white teacher tells Black students that he is "ethnocentric," which he defines as believing his race "is the superior one."

The video was posted on Instagram by Mello (@babysizzle808), a student at Bohls. On Monday, the post had 4,755 likes.

"I have always been raised to respect my elders," Mello wrote. "This still won’t change me I’m still going to be the same it’s just crazy this happened at my school to me and my friends."

The Daily Dot reached out to Mello and his dad, record producer 808 Mafia.

KVUE, a local Texas news outlet, reported on Friday that the teacher had been "placed on administrative leave" while an investigation was being conducted. As of Monday, the teacher is "no longer employed" at Bohls Middle School.

"This interaction does not align with our core beliefs as a district. The video of the conversation includes statements that we find wholly inappropriate," Pflugerville Independent School District Superintendent Douglas Killian said in a statement to KVUE. "The advisory activity was inappropriate, inaccurate, and unacceptable. This type of interaction will not be tolerated in PfISD schools."

"Bro they literally let ANYONE become a teacher nowadays and it’s crazy," @rickmargiela tweeted. "How can you teach & treat each kid equally when you have a racial bias???"

"Run his record. How many Black and brown children are sent to the office, granted detention, or not recommended for advanced/gifted programs?" Ebony Jade Hilton tweeted. "This level of ignorance gets tied to action."

The Daily Dot reached out to Bohls Middle School via email.

The post ‘I think everybody’s a racist’: Teacher tells Black students that white is the ‘superior race’ in viral video appeared first on The Daily Dot.

End violence against women and save $1.5 trillion a year - Patricia Scotland

Today24.pro
The Darkest Secret and Tragedy of Edwin Valero Anthony Joshua returns to America in search of new coach ahead of boxing return and links up with trainer Virgil Hunter In the age of megachurches, communion has become a big business Hans Niemann in the sole lead at the 3rd El Llobregat Open