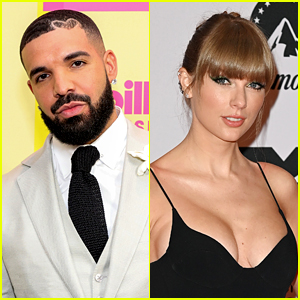 Is Drake throwing shade at Taylor Swift? Some fans think so.

Billboard has released the Top 10 chart for this week’s Hot 100 and Taylor holds the number one spot for the third week in a row with her current single “Anti-Hero.”

Drake and 21 Savage released their album Her Loss last week and eight of the songs are in the Top 10 of the Hot 100 while the album is at number one on the Billboard 200 album chart.

While sharing the news, Drake seemed to throw some shade at Taylor.

Drake reposted Billboard‘s graphic with the Hot 100′s Top 10, but he covered up Taylor‘s song with a series of emojis. He didn’t touch Sam Smith and Kim Petras‘ song “Unholy,” which is sitting at number 10 this week.

“@21savage congrats my brother,” he captioned the Instagram Story, which you can see below.

The post comes seven months after Drake shared a photo with Taylor, leading fans to believe they were working on a collaboration. 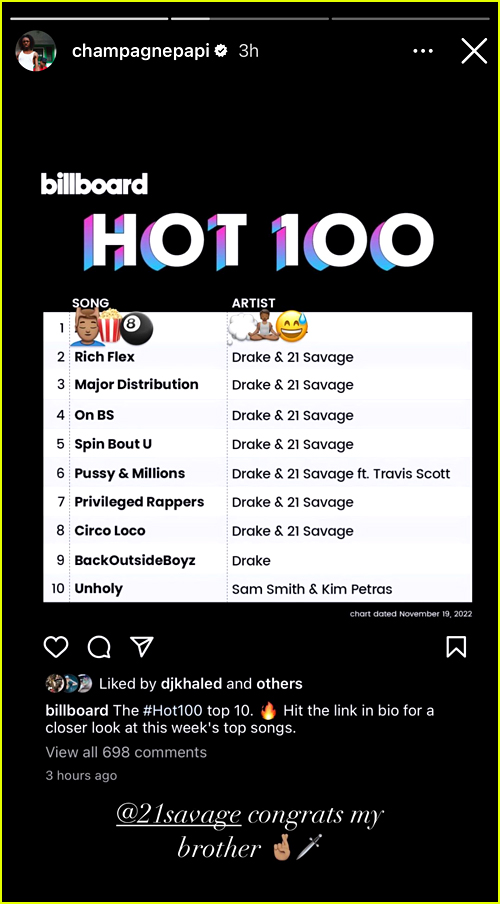 Report: PSG are considering a move for Tottenham star next summer

CASTEL MALAWI BRINGS BACK PREMIER BRANDY FOR THE FESTIVE SEASON

Today24.pro
Billionaire investor Howard Marks touts a bargain boom as interest-rate fears grip markets - and predicts a surge in companies going bankrupt Crypto Lender Matrixport Raises Valuation to $1.5B Despite FTX Collapse ‘How many Uber drivers does it take to pick up a disabled person?’: Disabled person says 3 Uber drivers canceled on them because of their service dog I make $1,000 a month by promoting Amazon products on social media. It only takes 5 hours per week — here's how I set up my side hustle.