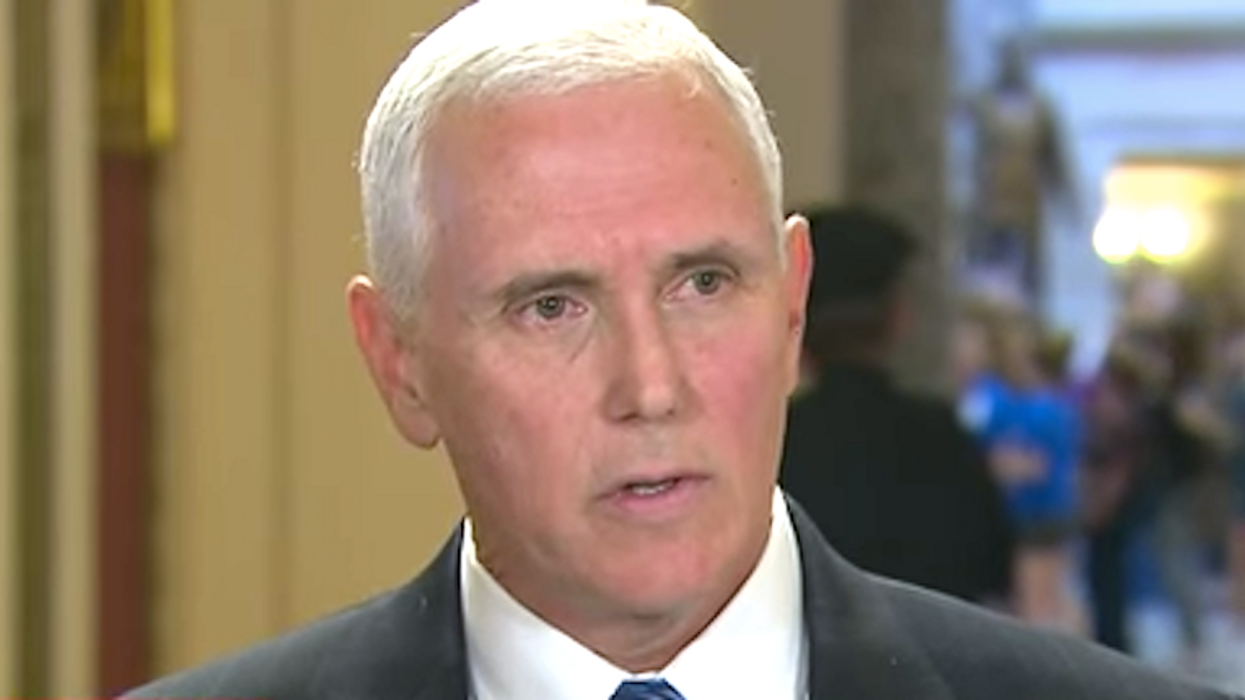 Former Vice President Mike Pence finally revealed some details about the Jan. 6 attack while he was in the Capitol.

In his interview with ABC News' David Muir, Pence was asked if he was afraid while the crowd was chanting "hang Mike Pence" and breaking down the doors.

"I felt no fear - I was filled with indignation," said Pence.

He was also asked about one of the biggest details revealed by Pence's team, that he refused to get into the Secret Service vehicle while they were holding at the loading dock.

Pence recalled sticking his finger in the chest of his Secret Service chief, Tim Gables, and said he wouldn't leave. This was prior to the Secret Service evacuating him to the loading dock. Once they were in the basement, Pence corroborated the previous statements that he refused to get in the car. The Secret Service wanted the extra layer of protection from the armored vehicle, even though it was stashed in a secure location.

Political experts have wondered if the reason was that Pence was scared the Secret Service was actually in on the attempt to stop the election certification.

Speaking to her panel in July about the Carol Leonnig and Philip Rucker book, I Alone Can Fix It, MSNBC's Nicolle Wallace asked if Pence feared a conspiracy.

"Pence feared a conspiracy, feared that the Secret Service would aid Trump and his ultimate aims that day," said Wallace. "This is the most harrowing version of Mike Pence's day I've seen reported."

When asked about it, Pence's picture wasn't entirely a denial of Wallace's assessment.

"I saw that they had positioned vehicles on the ramp, and I just turned to my Secret Service lead and said, 'I'm not getting in that car,'" Pence recalled. Gables said that they were just in the car they were going to hold.

"He wanted you just to wait in the car --" Muir asked.

"Why wouldn't you get in the car?" asked Muri.

"Well, I looked at -- he said, 'We're not leaving,'" Pence continued. "And I said -- I said, 'Tim, you're a man of integrity. but you're not driving that car.' And I -- I just assumed that if we got in the car and closed those 200-pound doors that -- not my team in the loading dock -- but that somebody maybe back at Secret Service headquarters would simply give the driver an order to go."

"And you were concerned that if you left the capitol, you might be prevented from getting back to certify that vote?" asked Muir.

"I -- it-- I think that was it, David," Pence fumbled. "I just didn't want those rioters to see the vice president's more motorcade speeding away from Capitol Hill. I didn't want to give them that satisfaction."

Pence also refused to say whether he would support Donald Trump in 2024 and said that his family was considering whether he should run in 2024.

See the video below or at this link.