LIVING close to street lights could increase your risk of a silent killer, experts have warned.

Millions of people in the UK live with diabetes, and an estimated 850,000 people have undiagnosed type 2 diabetes, experts at Diabetes UK warn.

It’s because of this, and the fact symptoms aren’t always obvious, that it’s dubbed a silent killer.

These symptoms include feeling tired, and peeing more than usual.

Now, experts in China have revealed that outdoor artificial light at night (LAN) is associated with impaired glucose control and an increased risk of diabetes.

People diagnosed with diabetes have to monitor and control their blood sugar levels because their pancreas may not produce any insulin (type 1), enough insulin or because your body can’t use the insulin it does produce, properly (type 2). 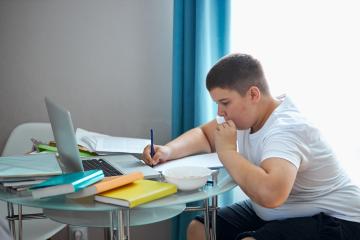 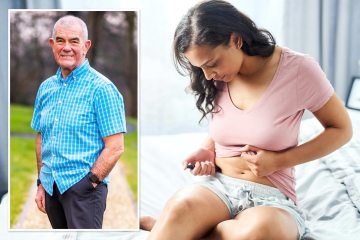 Shocking 13.6 million Brits at risk of silent killer - are you one of them?

If you don’t, this often leads to glucose levels that are too high, or too low.

Writing in Diabetologia, the experts said more than 9 million cases of the disease in Chinese adults have been attributed to LAN exposure.

The medics looked at data from the China Noncommunicable Disease Surveillance Study.

They then analysed 98,658 adults, taking into account other risk factors such as their body mass index (BMI) and family history.

They marked the areas in different categories in terms of how much light exposure there was in each.

The median light intensity in the highest category was 69 times greater than in the lowest.

There was a 28 per cent increase in diabetes cases in higher LAN areas, compared to those in lower LAN areas, the experts said.

On average, they said that for every 42 people living in regions with higher LAN, there is one extra case of diabetes.

This, they said, may not have occurred if they had not been in a high LAN area.

Medics said that the scale of this issue is only going to get worse.

They added that an estimated 83 per cent of the world’s population and more than 99 per cent of those in the US and Europe live under light polluted skies.

The authors concluded that “further studies involving the direct measurement of individual exposure to LAN are needed to confirm whether its relationship with diabetes is a causal one”.

Commenting on the study, Dr Gareth Nye, Senior Lecturer at the University of Chester said the study does not do enough to distinguish if it concerns type 1 diabetes, which is based on a person’s genetics, or type 2, which is linked to lifestyle.

He said that healthy sleep is hugely important in preventing the development of diabetes.

“Studies have suggested that inconsistent sleep patterns have been linked to an increased risk of type 2 diabetes.

“This is the first to try and link outside levels of artificial light however.

The signs of diabetes you need to know

The NHS says there are key signs of both type 1 and type two diabetes that you need to know.

There are two different types of the illness, type 1 and type 2.

The first, the NHS says, is where the body’s immune system attacks and destroys the cells that produce insulin.

The second, is far more common and occurs when the body is not able to produce enough insulin, or the body’s cells don’t react to insulin.

Official guidance states that you should see your GP as soon as possible if you experience any of the main symptoms below:

The experts added that type 1 diabetes can develop over weeks or even days.

Those who have type 2 diabetes may have it for years without even realising, they added.

“One issue with this study is that the areas with the highest outdoor artificial light levels are likely to be those in urban areas and bigger cities.

“It has been known for a long time now that living in a urbanised area increases your risk of obesity through increased access to high fat and convenience food, less physical activity levels due to transport links and less social activities,” he said.

A previous study, penned by experts at Northwestern Medicine Feinberg School of Medicine in Chicago, US, found that sleeping with even a tiny amount of light was linked to diabetes.

They summarised that this could be down to the fact that lower melatonin levels are linked to a risk of diabetes.

Melatonin can be reduced by light exposure, they said, impacting the body’s metabolic function.

Another study, penned in 2015, found that excessive exposure to artificial light was also linked to the development of diabetes.

Experts at the Netherlands Institute for Neuroscience said that artificial light increased insulin response – indicating that this sort of light induces an glucose intolerance.