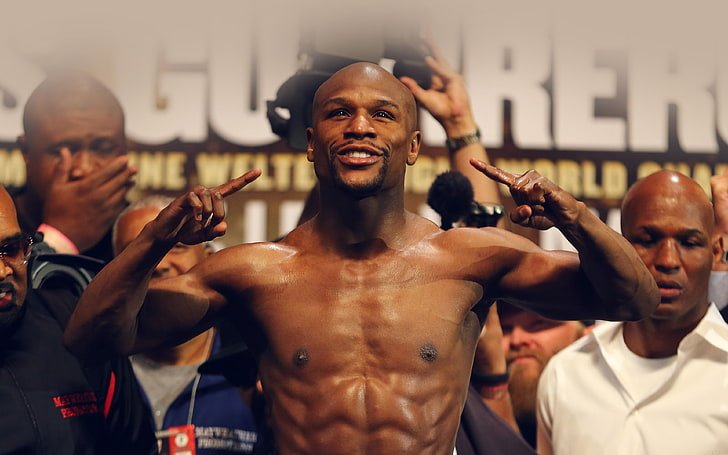 He may no longer be making one hundred million dollars or more for a fight, but Floyd Mayweather, who is now less than five years shy of fifty years of age, made a quick payday on Sunday. Battling social media influencer Deji Olatunji, Mayweather put on a boxing lesson before stopping his extremely overmatched opponent in the sixth round. Some questioned the stoppage, wondering if the referee had ended matters too soon. Such questions beg another question, however: How much punishment is a novice supposed to take in the ring from an all time great, even an aging one?

The exhibition bout, which went down at Dubai's Coca-Cola Arena and which was also a minor pay per view event was a one sided affair from the very beginning. Olatunji, 25, was never a serious threat and, to be sure, Mayweather made sure not to lay too hard a beating on the man. Still, he made it a point to close the show before the final bell. Not having fought professionally since stopping UFC star Conor McGregor in a highly lucrative and popular 2017 match, Mayweather has nonetheless engaged in a string of exhibition fights, staying active while remaining retired from the professional ranks.