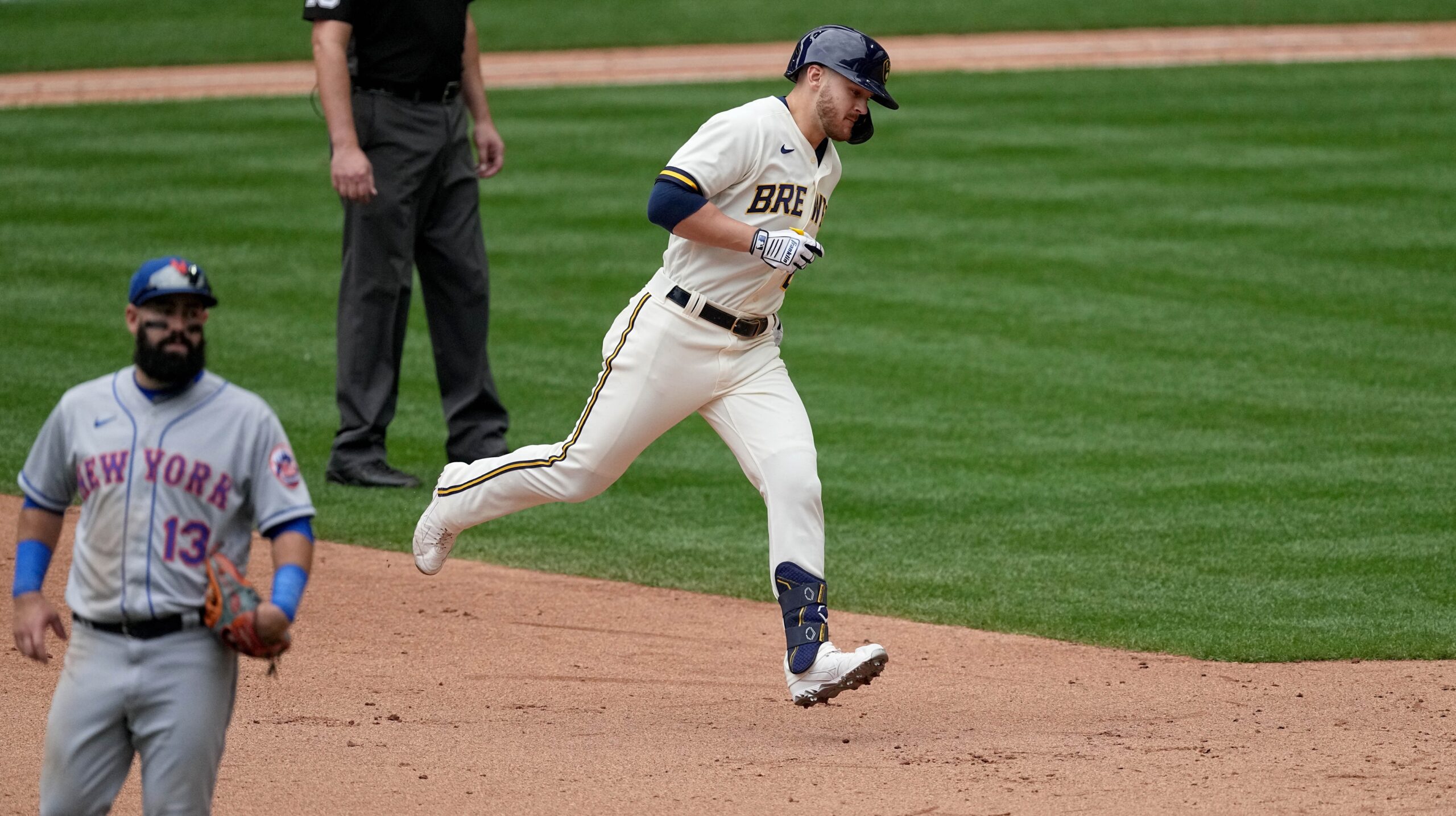 The Mets looked to put an exclamation mark on their series with the Brewers on Wednesday when they went for the three-game sweep in Milwaukee. Taijuan Walker was sharp through six innings, but Brewers’ offense exploded in the seventh inning to lead Milwaukee to a 6-0 win in the series finale.

Brandon Nimmo got the game started with an infield single before stealing his third base of the month and season. Despite having the runner in scoring position with nobody out, the Mets weren’t able to capitalize.

In the bottom of the first, Nimmo was pulled from the game after running in for a fly ball. Nimmo appeared to pull up while running in on a pop-up to start the inning. When the next batter hit a fly ball to shallow center field, Nimmo limped and had to be removed from the game. The Mets would later announce that Nimmo was removed with left quad tightness.

After both teams failed to score in the second inning, Mark Canha set a painful Mets record. Canha entered the game in place of the injured Nimmo and was hit by a pitch for the 23rd time in his first at-bat, breaking the Mets’ single-season record set by Nimmo in 2018. Unfortunately for the Mets, they failed to advance him any further thanks to line-outs from Francisco Lindor and Jeff McNeil.

In the bottom of the third, the injury bug reared its head again for the Mets. Christian Yelich hit a shallow fly ball to left field that Eduardo Escobar made an over-the-shoulder catch on for the out. In an attempt to avoid Escobar, McNeil slid. McNeil jammed his right knee into the ground, but he was able to stay in the game.

Both teams once again failed to score in the fourth inning, then in the top of the fifth, the Mets tied an MLB record. To nobody’s surprise, Canha was drilled for the second time despite not starting the game. The hit-by-pitch was the Mets’ 105th of the season, matching the record set by the 2021 Cincinnati Reds. Lindor followed with a two-out double, but McNeil was unable to drive in the two runners and struggled to run to first on a ground ball.

The Brewers got the scoring started in the bottom of the sixth inning. The red-hot Willy Adames led off the inning with his 31st home run of the season to put Milwaukee ahead 1-0. Walker walked Rowdy Tellez after the home run, but was able to work his way out of the inning with a double-play and a strikeout.

Walker was terrific through six innings, but in the seventh inning, the Brewers got to the right-hander. He walked Jace Peterson on five pitches to start the inning then allowed singles on back-to-back pitches to Victor Caratini and Tyrone Taylor to double the Brewers lead to 2-0. Walker was pulled with two runners on and nobody out. David Peterson came out of the bullpen and retired his first two batters on a sacrifice bunt and a strikeout before intentionally walking Adames to load the bases.

The Brewers sent Mike Brosseau to the plate to pinch-hit against Peterson, and Buck Showalter countered with Drew Smith, who hadn’t appeared in a major league game since July 24. Smith got ahead in the count 0-2, but he hung a slider that Brosseau turned on for a grand slam to blow the game open for the Brewers.

In the ninth, the Mets set the MLB record for batters hit by a pitch when Luis Guillorme was hit on the back foot by a breaking ball. Guillorme was the 106th Met to be hit by a pitch in 2022, adding to an already painful day for the Mets. One batter later, he was erased on a game-ending double play to close out the Brewers’ 6-0 win and put an end to a poor day for the Mets.

Player of the Game: Tylor Megill

Not much went right for the Mets on Wednesday, but if there was a positive to take away from the series finale in Milwaukee, it was Tylor Megill throwing a 1-2-3 inning in the bottom of the eighth. Megill returned from over three months on the injured list on Monday, but gave up two hits and two runs in his first inning back on the mound. The right shoulder injury has essentially made 2022 a lost season for Megill, but he can still play a large role in a Mets’ postseason run as a reliever.

The Mets will head to the west coast for a series with the Oakland Athletics on Friday at 9:40 p.m. ET. Chris Bassitt (14-8, 3.32 ERA) will be on the mound for the Mets making his first start against the team he had been a part of since 2015 before coming to New York.

During his time in Oakland, Bassitt excelled when pitching at Oakland Coliseum. He pitched to a 2.44 ERA over 258 1/3 innings at home as a member of the A’s.

Canha will also be returning to the place he had called home before signing with the Mets. Canha was originally drafted by the Marlins in 2010, but was selected by the Colorado Rockies in the 2014 Rule 5 Draft before being traded to Oakland the same day.

The game will be broadcast on SNY, and the radio call will be on WCBS 880.