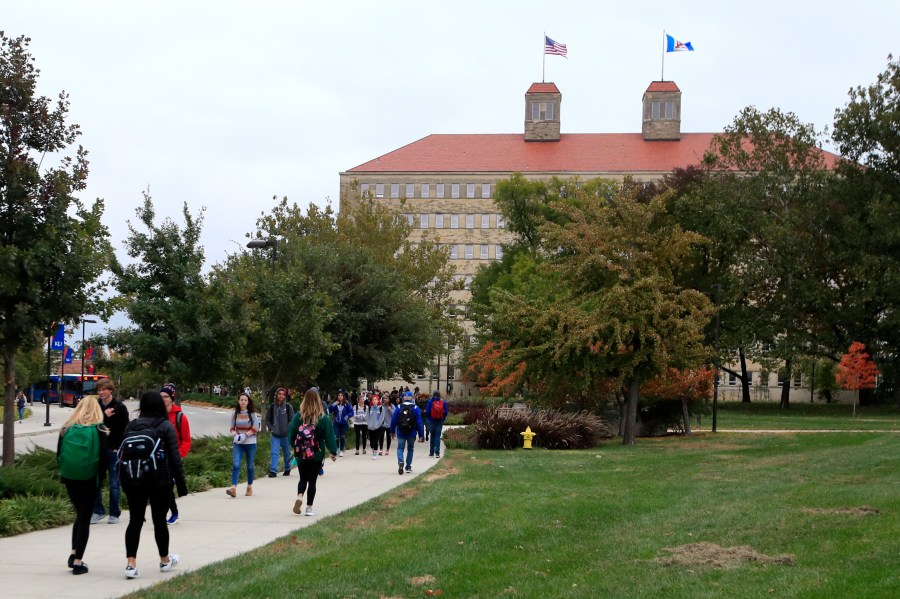 LAWRENCE (KSNT) - A recently released letter from the University of Kansas shows that the suspension for a fraternity over the hazing of new members has been reduced.

The letter also shows that the fraternity has agreed to several conditions related to hazing, such as regular meetings on educational programming, the addition of new terms to the chapter's housing contract and mandatory reporting and investigations.

What happened to Medicaid expansion in Kansas?

Phi Delta Theta and Phi Gamma Delta both took part in hearings in December 2021 and, as a result, were removed from campus until the spring of 2027. Both fraternities were banned for five years due to hazing and other violations to the KU student code of conduct.

Phi Delta Theta broke the student code of conduct in the following areas according to KU:

In January 2022, it was reported that one hundred and sixteen members were determined to be in good standing, one lost a position within the organization, three members were suspended and four were expelled, according to documentation provided by the University of Kansas’ Office of Student Affairs.

A new member of Phi Delta Theta, referred to as the co-complainant, told a chapter official that pillows and mattress pads were taken and thrown out the window and personal items were broken — leading to him having to sleep in his car multiple times just to get sleep. The co-complainant also said that active members retaliated against him — pounding on his door, pushing him, spitting on him and throwing beer bottles at him, according to documentation provided by the University of Kansas’ Office of Student Affairs.

How Kansas weather is impacting your grocery bill

KU Letter by Matthew Self on Scribd

The Onion files a brief with the Supreme Court. It's not a parody