THEY are the fab four who have the power to turn household names into dancefloor superstars.

As BBC One prepares to launch the 20th series tomorrow, Felicity Cross asks the judges to reveal their favourite contestants, most memorable performances and dream dance partner.

Shirley: ‘it’s not always the best dancer that delivers the entertainment factor’

YOU would think that head judge Shirley Ballas’s favourite contestants are those with stunning choreography or impeccable footwork.

But the fun-loving queen of Latin dance has a soft spot for comedy acts such as clumsy MPs Ann Widdecombe and Ed Balls.

“I want people to understand that it’s not always the best dancer that delivers the entertainment factor, which is extremely important in this show. 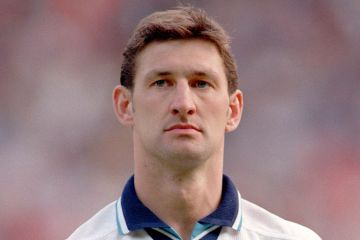 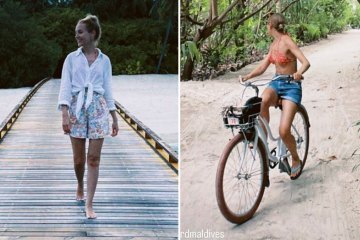 “Yes, it’s great to have talent and be co-ordinated, but I love the journey for those who cannot dance.

“I loved Ann and Ed for their banter, and they gave it 100 per cent even when they were scoring low scores.”

Shirley replaced Len Goodman on the panel in 2017 and swiftly won over the passionate fans of Strictly Come Dancing. But even decades of dance did not prepare her for the nerves.

She said: “I will go to my grave remembering that first day.

“Fortunately I was accepted and welcomed so warmly by the British public.

“I love having Anton, who this season I will be able to have a little waltz with, to my left.

“I have Motsi to my right and she has more energy than the rest of us put together. And on the end is Craig, who I adore.

“Strictly is a bit of Vegas, Hollywood glitz and glamour, glitterballs, bangles and beads.

Anton: ‘performing with Brucie was a real career highlight, I’m so grateful for that’

HE’S back on the judging panel for a second year — but Anton Du Beke has revealed he is already suffering with “dance envy”.

The former New Zealand Championships winner, 56, is the only pro dancer to have featured on every series of Strictly since its launch in 2004.

Anton said: “I feel honoured to have been on the show since the beginning, and to now be on the judging panel.

“I do watch some of the pros do the numbers and get a bit of dance envy, thinking I wish I could have been a part of that. But judging is so much easier on the knees.”

Anton was a sprightly 37-year-old when the show began and now he is a married dad of twins.

Anton added: “I can’t believe, well I can really, that it has been going for so long and still we have a new audience coming to it every year, a new generation growing up with Strictly.

“I remember the first day I worked on the show, I was dancing with Lesley Garrett and nobody really knew what to expect.

“The most exciting thing for me was to be working with Bruce Forsyth, he was my absolute hero.”

In 2008, Anton performed a song and dance routine with Brucie, who presented Strictly until 2014 and died three years later aged 89.

It remains a favourite for Anton, who said: “We did Me And My Shadow together. That was a real career highlight and I can’t tell you how grateful I am for that.

“And the dance Rose Ayling-Ellis and Giovanni Pernice won the Bafta for was extraordinary.”

Motsi: ‘I will never forget Rose and Giovanni’s amazing silent dance to Symphony’

BOSSES might have a job on their hands recruiting Motsi Mabuse’s dream dance partner — because it is the late Nelson Mandela.

The former president of South Africa, where pro dancer Motsi hails from, died in 2013.

Returning as a judge for the fourth year running, Motsi said: “I would dance with Nelson Mandela if I could and I would have so many questions for him.

“I think because of him, we are able to realise our dreams today.

“I’ve fallen in love with musical theatre because of Strictly and that’s very special for me. As a child I wanted to be in the musicals, but I couldn’t have that opportunity in South Africa.”

In her second year on the panel — as the nation struggled through a second lockdown — Motsi watched her pro dancer sister Oti, 32, win the Glitterball trophy with comic Bill Bailey, who is her favourite contestant.

Motsi said: “I remain and will always be a fan of Bill. Because of the timing, with the pandemic, and what he provided.

“I will never forget the time Rose did her dance with Giovanni to Symphony. That was unbelievable, just amazing, out of this world, moving and touching.”

Strictly’s return to Blackpool after a two-year absence due to Covid restrictions will be a big deal for Motsi, too, as she has only visited its iconic Tower Ballroom once before.

She said: “It’s so difficult to describe the magic of Blackpool, I think you have to be there to feel the atmosphere and see it.”

Craig: ‘I thought the show would last 3 weeks but it’s won the hearts of the nation’

DURING his 19 series on the panel, Craig Revel Horwood has established himself as the sharp-tongued straight talker.

So it is unsurprising his opinions can be biting.

The show veteran reckons the first series lacked talent — but that former Corrie and EastEnders actress Jill Halfpenny raised standards when she partnered professional Darren Bennett the next year.

Thinking about how Strictly has evolved, Craig, 57, said: “It’s got more spectacular, the sets have become extraordinary and the quality of dancing has gone up.

“Also, the contestants themselves treat it really seriously now, rather than it being a little bit jokey like it was in the first series.

“As soon as Jill Halfpenny danced, she set the bar for amazing dancing.

“Jill’s jive in the final stood out because she was incredible, it was the first ten that I ever gave.

“Rose and Giovanni and the moment of silence was just brilliant because she let everyone into her world so we could all understand it.”

He added: “I thought Strictly would last three weeks but I was totally wrong about that. And it’s gone on and won the hearts and minds of the nation.”

During his time on the judges’ panel, Craig has sat alongside dance greats such as Arlene Phillips and Darcey Bussell.

But for him, there can only be one winner in a dance-off between judges: “Me. Obvs!

“I’m the only judge that has been there all 20 series, which is pretty amazing.

“I’m very much looking forward to it, I think it’s a fantastic line-up.

“The four new pros will bring things that we’ve never seen before — something new.”

Crews respond to fire at Amazon facility in Schodack

Today24.pro
7 MUST-DO Biceps Exercises for Bigger Arms US chess star ‘likely cheated more than 100 times’ – investigation 7 Perfect Pear Recipes from Savory to Sweet A 34-year-old coder quit his $300,000 job at Stripe to build up his after-work project. Here's why he's convinced it was the right thing to do.