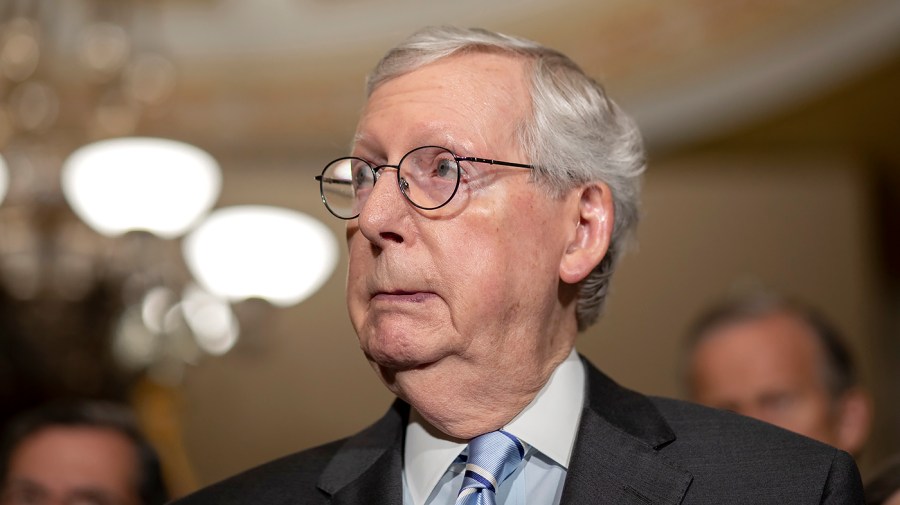 Senate Minority Leader Mitch McConnell (R-Ky.) came closer than previously reported to voting to convict former President Trump in the impeachment trial that followed the Jan. 6, 2021, insurrection, according to a new book set to be released next month.

The Washington Post released an excerpt from “UNCHECKED: The Untold Story Behind Congress’s Botched Impeachments of Donald Trump,” by the Post’s Karoun Demirjian and Politico’s Rachel Bade, that discusses how McConnell wrestled with whether to vote to convict Trump for inciting the mob that stormed the Capitol on Jan. 6.

McConnell was pleased to see the wide range of Republicans who had turned against Trump following the riot and called on him to resign. But he was “stunned” by the speed at which the GOP turned back to support Trump, with only 10 House Republicans voting in favor of impeachment, the excerpt states.

McConnell knew many Senate Republicans would look to him for guidance on how to vote on a motion from Sen. Rand Paul (R-Ky.) about whether the conviction of a president who was no longer in office was constitutionally permitted.

The House voted to impeach Trump a week before the end of his term, but the Senate trial would not begin until after he left office.

The authors based the information in the excerpt on interviews with people familiar with McConnell’s thinking and deliberations. The sources spoke on the condition of anonymity to “speak candidly.”

McConnell was drawn to voting to convict Trump, an outcome that would have potentially barred him from running for office again.

“We’ve all known that Trump is crazy,” he reportedly told aides following the insurrection. “I’m done with him. I will never speak to him again.”

But McConnell did not know if he was up to leading a “rebellion” against Trump, according to the authors.

He was not convinced by an argument from conservative attorney J. Michael Luttig that the Senate was constitutionally unable to hold a trial for a former president. But other members of the Senate Republican Conference thought differently.

McConnell discussed the argument with fellow GOP senators who were skeptical.

His legal adviser from Trump’s first impeachment trial, Andrew Ferguson, advised him that some constitutional scholars do not believe that the Constitution allows an impeached president to be barred from future office. However, these scholars are in the minority.

Ferguson told McConnell that Trump could use that view to run again in 2024 and sue states that keep him off the ballot, turning it into a legal battle that could lead to a political comeback.

The authors reported that McConnell also feared turning Trump into a martyr if he was convicted.

The Senate Republican leader sent a letter to his fellow GOP senators the day after Luttig made his argument that he was open to voting to convict and firmly blamed Trump for causing the riot, according to the excerpt.

End of an Era: The Highs and Lows of The CW