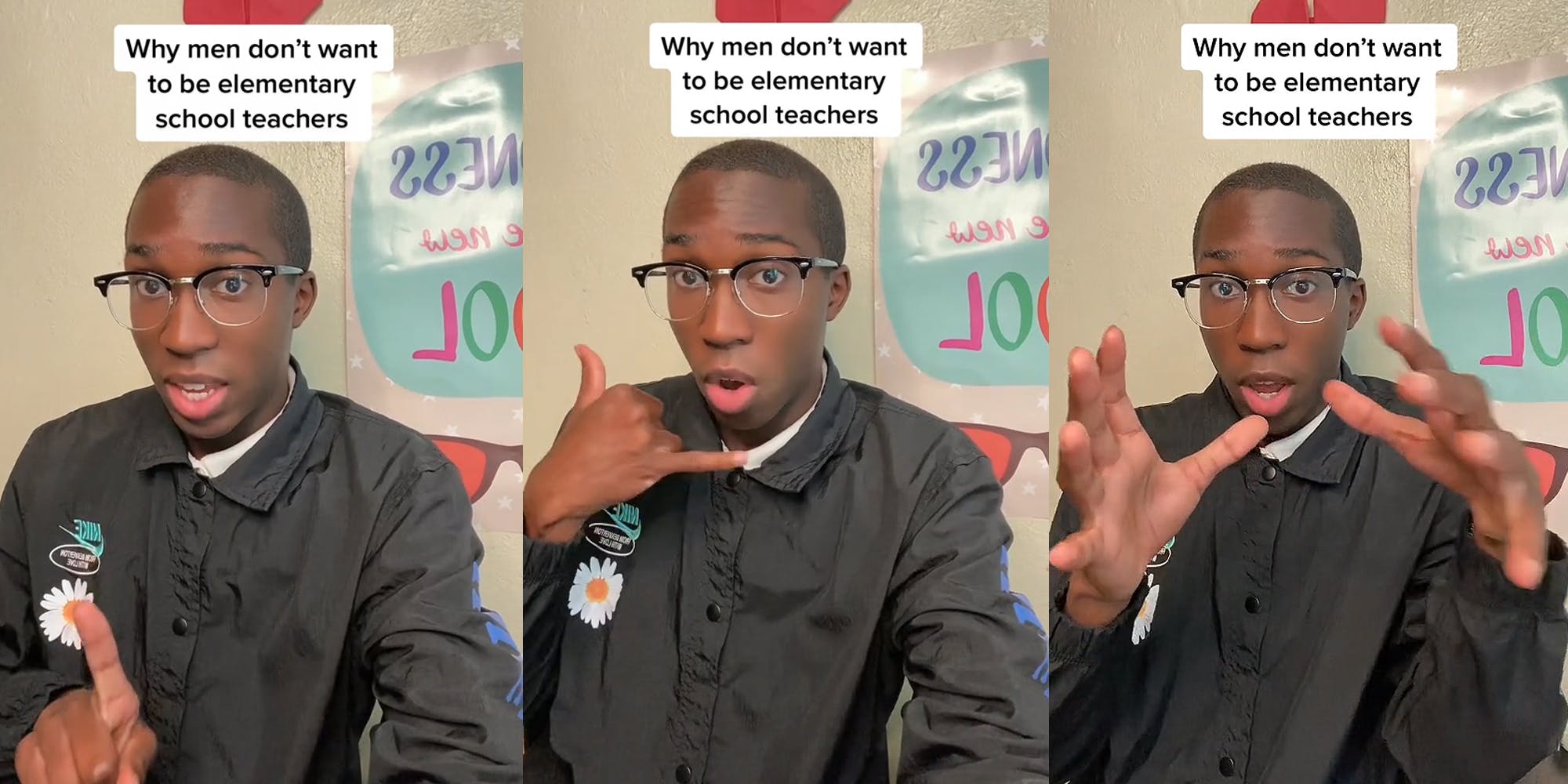 In the United States, male-identifying teachers make up only 11% of elementary school teachers, per the National Center for Education Statistics, and “only slightly more than 2 percent of kindergarten and preschool teachers were male” as of 2011, per ABC News. Now, a TikToker has gone viral after explaining one reason as to why that might be.

In a video with over 948,000 views, user Mr. Trayvon (@mr.trayvon) recounts a story in which he hesitated to help a young girl use monkey bars out of fear his innocent act would be misinterpreted by an outside observer.

“The way that society has ingrained in people’s heads that males working with kids that age are predators has got me in a place to where I don’t want to work with kids K-3,” he says. “I’m always afraid of a parent seeing me doing something with a student that’s completely and misconstruing it, reporting it to my district office, and I get a call from them saying ‘come to the office, you’ve got an allegation’. ... I don’t want to deal with that.”

In a series of follow-up videos, Trayvon notes that he understands parental concerns regarding their children's teachers and the desire for their children to be safe. That said, he notes that the consciousness of this parental fear makes his job more difficult.

@mr.trayvon Replying to @advicefromabusine Having an age limitation to be a teacher will not solve any problems in education. #teachertiktok #teachersoftiktok #teacherlife ♬ original sound - Mr. Trayvon

In comments, users voiced their opinions on Mr. Trayvon’s message.

“Sad though. A lot of little kids that don’t have a dad at home need good men in their lives,” wrote one user.

“Until the real villains are actually held accountable, people are going to make unfair assumptions,” added another.

“the scary thing is that i can't even say either side is wrong for acting that way,” concluded a third.

The Daily Dot reached out to Trayvon via email.

Steve Kerr on Stephen Curry's load management: 'We have to pace him and try to help him through the regular season'