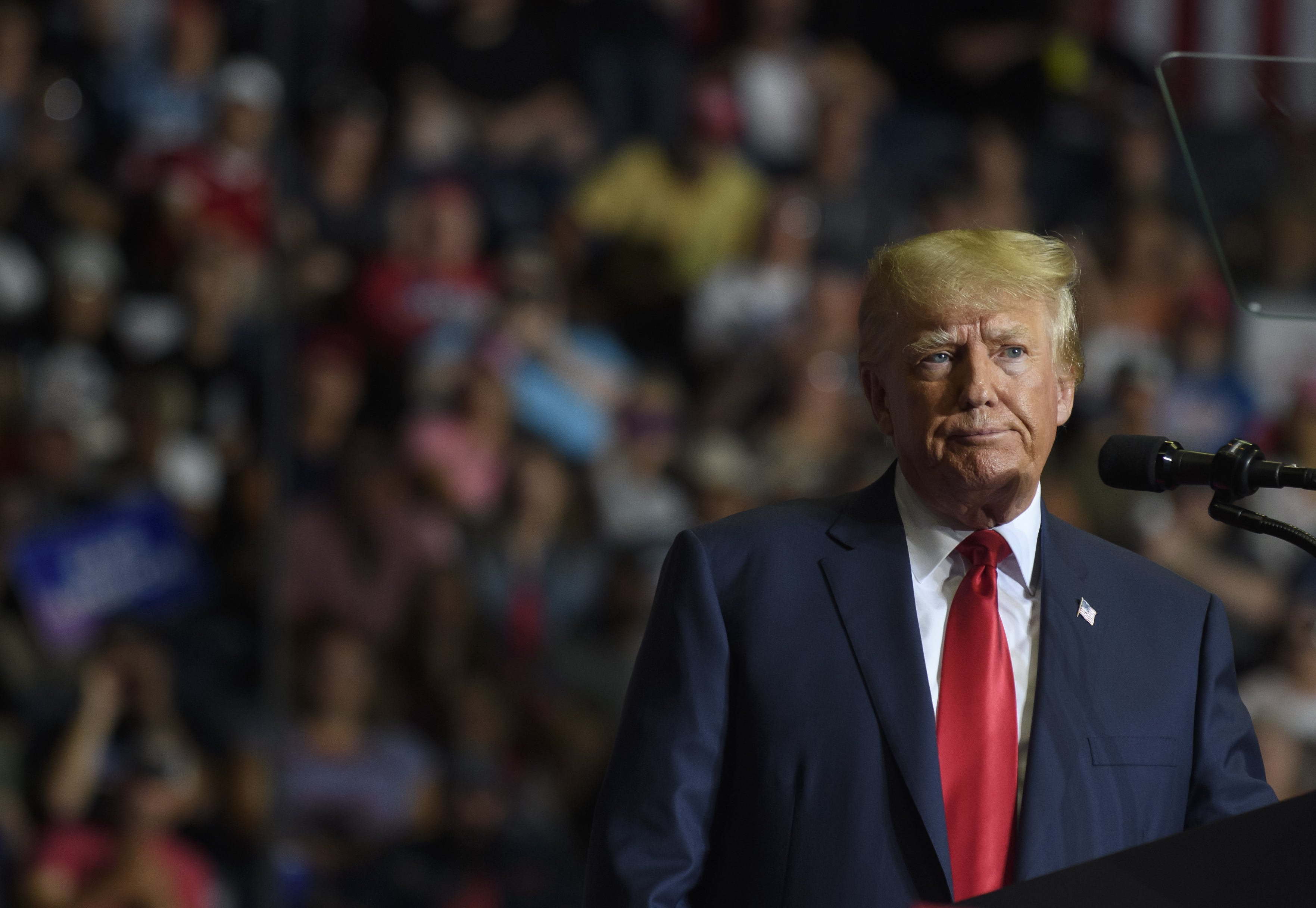 The FBI’s seizing of classified documents from Donald Trump’s Mar-a-Lago home has caused a massive legal headache for the former president. But inside Trump world, there is a belief that it has provided political gifts as he weighs a 2024 announcement.

More than half of Republicans surveyed in a new Morning Consult/POLITICO poll — 52 percent — said they preferred Trump for president in 2024. While that number is down slightly from the 57 percent registered a month ago, it signals a continued stronghold in the party.

The last poll came shortly after the FBI executed its Florida search — the peak of GOP sympathy for Trump in the matter so far. This latest survey comes after weeks of damaging revelations related to that search, including that some of the documents contained the most sensitive classification markings. Nevertheless, Trump has maintained a steady lead over his top potential 2024 rival, Florida Gov. Ron DeSantis, who is preferred by 19 percent of Republicans.

The poll numbers illustrate the political benefits and larger downsides that the Mar-a-Lago probe continues to present for Trump. The investigation has allowed him to coalesce his base and provided him with tools to raise boatloads of money.

The most recent filings for Trump's Save America PAC do not indicate how much the committee took in since the FBI search. But prior reports indicated major increases in the PAC’s daily hauls. And people familiar with the operation say there was a spike in donations in the immediate aftermath of the search.

Seasoned fundraisers note the sheer amount of fundraising appeals that the Trump team has fired off referencing the FBI’s search — dozens have come from Trump world’s various email accounts — strongly suggesting that there is serious money coming back in response. Allies of the former president, some of whom are ensnared in the investigation themselves, have predicted that the investigation could rally Trump supporters ahead of the November midterm elections.

“It is so obvious this is a political stunt designed to stop the president from running in 2024,” said Peter Navarro, the former Trump White House trade adviser, who was indicted in June by a grand jury on contempt of Congress charges for ignoring a subpoena. “They might have been able to get away with it if they hadn’t killed the economy. But that is the dealbreaker, juxtaposed against their history of going after a man who did nothing but save jobs.”

At the same time, however, Trump’s legal problems have forced him to spend millions of dollars from his political action committee on lawyer fees, including $3 million set aside just for the services of his newest attorney in the Mar-a-Lago probe, Chris Kise, a former Florida solicitor general.

And while Trump has bragged publicly about the effect the episode has had on his poll numbers and fundraising efforts, those close to him say he and his team have been spooked by the Justice Department’s broad investigation. Those around him say they feel more certain he will announce another run, partly because of the probes.

The headlines about Trump have been unrelenting. And there is little sense that they will abate. And while that has created content for his fundraising operation, it has also compelled some conservative bigwigs to look elsewhere.

Trump is far from the only Republican raking in cash. DeSantis is currently on track to break gubernatorial fundraising records in Florida, where he has outraised his gubernatorial opponent, Democrat Charlie Crist. But despite DeSantis’ recent boost in national visibility — including his disputed move to send migrants from Texas on planes to liberal-leaning enclaves — his standing among Republican voters went up only 1 point in the POLITICO/Morning Consult poll.

“I don’t think there’s any stunt that DeSantis can attempt that will dislodge Trump as the clear frontrunner in this race at this point,” one Trump world adviser said. “[W]ith Trump at the center of the Democrat media hate machine, it’s going to be nearly impossible to dislodge him from Republican voters.”

Still, major questions await Trump, including how he plans to spend the over $99 million sitting in his Save America political action committee. Should he announce a run, use of those funds would be restricted and he would have to employ a separate campaign account. Trump is also under pressure from party leaders and GOP lawmakers to transfer Save America money to struggling candidates he endorsed in the midterms.

There are also questions about what, if any, remaining legal problems could arise. Trump’s own team of lawyers raised the specter of an indictment over the Mar-a-Lago probe in a recent court filing. For many Republicans, that investigation is not a mixed bag; it’s an anvil dragging down the party.

Strategists and lawmakers alike have bemoaned that Trump’s numerous investigations have allowed Democrats to shift focus away from the economy and toward the ex-president in the crucial close of the midterms.

“In Washington we are obsessed with talking about issues that real voters don’t worry about,” said Corry Bliss, a Republican strategist. “In the real world, people care about how much their groceries cost, how much crime is in their community, and they blame one thing and one thing only, and that's Joe Biden.”

According to the POLITICO/Morning Consult poll, the top three topics for voters are economic issues, like taxes, wages, jobs, unemployment and spending, at 42 percent, followed by the border and abortion, both polling at 12 percent. And when it comes to the overall favorability of Biden and Trump, both have the same numbers, with 52 percent of those surveyed by Morning Consult/POLITICO holding an unfavorable opinion of each man and 45 percent holding a favorable opinion.

For many in the Republican Party, Trump dependency has become a real factor. The GOP relies on him as an animating force for the base — one sorely needed after the Supreme Court’s decision to end a federal right to abortion energized Democrats across the country — even with the headaches he might bring.

“Dobbs was a super-animating thing for the left, and we needed something and this was something — and it honestly only affects a certain portion of the Republican electorate, but it inflamed some of the preferences and excitement about Trump running in 2024,” a Republican strategist, who spoke on the condition of anonymity to speak candidly, said about the Supreme Court case that overturned Roe v. Wade. “You might not love him, but he’s still the figurehead of the party, so when he’s under attack — and we saw this for the last six years — any time he’s under attack, Republican voter support hardens.”