CELEBS Go Dating stars Laura Anderson has been spotted cosying up to an EastEnders actor on a romantic date.

The former Love Island star – who rose to fame on the ITV2 dating show in 2018 – kept it casual as she headed out for the night with soap favourite Gary Lucy.

Laura, 33, who recently signed up for Celebs Go Dating after moving back to the UK from Dubai, looked loved up on the night out.

Keeping it casual in beige joggers and a black sleeveless turtleneck top, the reality star pulled her hair up into a half-up half-down do.

She opted for a minimal palette of make-up as she spent the evening bowling with Gary, 40, who is best known for playing Danny Pennant.

Gary, who has also appeared in The Bill, Hollyoaks and Footballer’s Wives, dressed down in jeans and a white T-shirt. 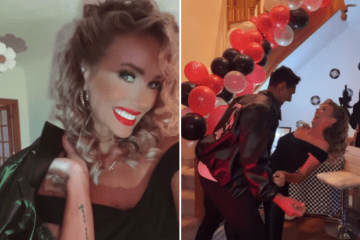 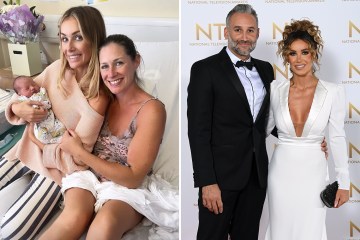 Laura placed a loving hand on Gary’s back as they enjoyed their bowling date, before the pair headed on a walk outside the venue.

She could be seen looking up at Gary, as they laughed and joked amongst themselves at the bowling alley.

It comes after Laura signed up to take part in Celebs Go Dating, after splitting from her ex beau Dane Bowers earlier this year.

Laura jetted back to the UK and signed up to appear on the dating show shortly after her split from Dane, 42.

GBBO fans all have the same complaint about Rebs' 'annoying' habit

The pair had been together for five years before they ended their relationship.

A source said: “Laura is the latest star to sign up for Celebs Go Dating – and she’s only been single for a matter of hours.

“She is a great addition to the line-up and will be really entertaining on screen.

“Dane might not be too impressed to see her trying to snare another bloke on national television – especially because their break up is so fresh.

“Laura and Dane made their break up public on Thursday and by the Friday she was telling people she had signed up to Celebs Go Dating.”

Earlier this month Love Island 2018 star Laura said she was leaving Dubai where she was living with Dane for a fresh start in the UK.

She said in a statement: “Just to let all of my beautiful support on here know that unfortunately Dane and I have decided to separate.

“Thank you all for your continued support.

“Sadly we’re just not right for each other but I do wish him nothing but love. I will be moving back to the UK as soon as I can.”

Laura got back together with Dane in 2021 – three years after she dumped him for cheating.

At the time, she revealed how she was able to trust her boyfriend again and how they were trying for a baby.

Real estate attorneys: What they do and how they can help you buy or sell a home

Today24.pro
Zac Efron Was Never The Same After Playing Ted Bundy 7 MUST-DO Biceps Exercises for Bigger Arms I waited 8 months to film this for You 7 Perfect Pear Recipes from Savory to Sweet