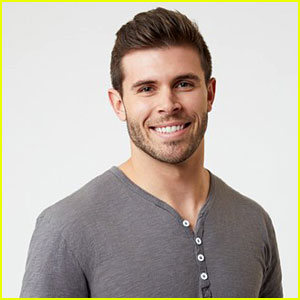 Zach Shallcross sent himself home during season 19 of The Bachelorette after Rachel Recchia questioned whether he was ready for engagement at age 25.

During the season 19 finale of The Bachelorette on Tuesday night (September 20), host Jesse Palmer officially confirmed Zach Shallcross for the upcoming 27th season of the The Bachelor.

“I’ve taken the lessons I’ve learned and want to apply it for myself and find my person now,” Zach told People. “Heartbreak is never fun, but it didn’t deter me. And I’m ready to go again.”

While Zach thought Rachel questioned how he could be ready for an engagement at his age, he says he is definitely ready for marriage.

“My take on that is when you know, you know,” Zach said. “I don’t think that there’s anything where there’s an age limit on when you decide you want to fall in love and get married. if you are ready and you feel well equipped with yourself, you love yourself, you trust yourself and you want to share that with someone else, it doesn’t matter how old you are.”

As far as what he is looking for in a partner, the 26-year-old tech executive highlighted a few things on Tuesday’s “After the Final Rose” special.

“There’s really two main things that I look for and first is how kind and compassionate they are. I think that’s something that’s pretty rare nowadays,” Zach said. “The other thing is having someone that loves to do fun, adventurous stuff with me, whether it’s traveling, trying cool foods.”

Portugal coach Fernando Santos: “The best is yet to come”